What an incredible year it’s been for our city and our state (both good and bad).

We’ve seen almost every natural disaster, including flooding, tornadoes, and hurricanes, and witnessed some truly unbelievable events, a shoot-out in Uptown Charlotte, UFO sightings, and even a naked man walking down 485.

These are the top 10 most-viewed Charlotte Stories for 2017: 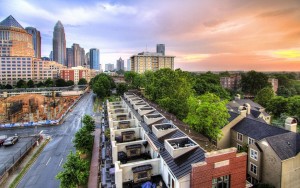 Charlotte is now one of the largest cities in America in terms of physical geography (due to its history of annexing so much of the land around it). It’s now an extremely diverse city in terms of areas and neighborhoods – it even has a few smaller cities within it, such as Ballantyne and South Park. The winner of 30 NASCAR Cup Series races, including the 2016 Daytona 500, has opened up his new 30,000 square-foot Lake Norman castle for a private tour. Now that Fall is here, it’s the perfect time to get on the lake and do some swimming, fishing, laying in the sun, or doing some insane tricks on those new water trampolines.

We recently discovered some incredible deals for huge homes for rent on a daily/weekly basis, and if you break them down on per-person basis, they are incredibly affordable…READ MORE

North Carolina’s 2017 fall colors are expected to be the brightest and most beautiful in decades. According to NOAA Climate Scientist Jake Crouch, the North Carolina mountains have experienced its second warmest year on record. The average high temperature this year is 58.8 degrees – 3.5 degrees above normal. The summer has also been fairly dry this year. “Drier soils typically mean brighter fall color in the mountains,” commented Crouch…READ MORE Have you ever missed your connecting flight and became instantly miserable at the thought of spending another 6 hours in the airport?

That happened to Mahshid Mazooji this past weekend at the Charlotte Douglas airport, but instead of letting it get her down, she decided to through a spontaneous dance party with…READ MORE Beneath the waters of Lake Norman lies huge sections of some of North Carolina’s most unique towns from the past. Although over half a century has passed, many roads, facilities, and even homes still sit eerily undisturbed beneath the water.

The East Monbo and Long Island cotton mills, were originally shut down in the 50s, to make way for Lake Norman – the largest man-made lake in…READ MORE

#4 Over 58,000 People Joined Together To Re-Direct Hurricane Irma Using Fans This past Summer, Category 5 Hurricane Irma made its way across a string of Caribbean islands toward the US mainland. There was a chance it would the US mainland altogether and travel North-East back out to sea. 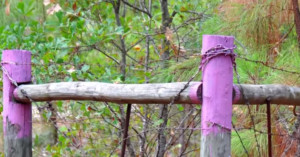 If you like to hike or explore around North Carolina woods, authorities are warning people to be on the lookout for purple fence posts – especially if you have a pet.

A new bill has passed the NC House that would allow North Carolina drivers to drive through protesters who are blocking the road without being sued, as long as they “exercise due care.” Forest Hill’s creative team produced a video released on Facebook at the end of last year to introduce the new message series and it immediately blew up on the internet. Recently, the article we wrote last year also began to go viral, receiving over 1.5 million views in the past month alone.

The video itself has now been shared over 80,000 times and viewed over 4.6 million times…WATCH VIDEO

If you have any news tips or interesting story ideas, please Email us at Press@cltstories.com