Category 5 Hurricane Irma is currently making its way across a string of Caribbean islands toward the US mainland. Depending on what the storm does over the next 2 days, there is still a chance it could miss the US mainland altogether and travel North-East back out to sea.

Several people decided to start an online campaign to help encourage the storm to take that more easterly path using a rather ridiculous method – electric fans…a lot of them.

Earlier this week Joshua Stanaland created a Facebook event titled “Everybody Points Their Fans At The Hurricane To Blow It Away“, which has since gone viral – dozens of news stations have already covered the idea and there are now over 58,000 people committed to pointing their fans at the storm.

“Everyone takes their fans outside and points them at Hurricane Irma to blow it away from us. Air compressors with a blow gun attachment also a plus, or anything else. Get creative. Date/time subject to change due to the unpredictable path it may take.

*Not responsible for any collapsed lungs should you choose to blow manually.”

The event is scheduled to run from September 7th through September 13th.

Pictures and videos of people pointing fans at the storm have been flooding social media all day;

Here in #nwflorida we are doing all we can to help our friends on the #eastcoast and #downsouth Helping save lives, one fan at a time. #unitedwefan #hurricaneirma #staystrong 💪🏽#fan #florida #hurricane #fuckirma #floridastrong

Barbara Simo Manzano even said she is getting the University of Miami involved by using their high-velocity industrial fans;

“We have the Wall of Wind (WoW) in the Engineering Center at the University where I work in Miami. This should do it. #wow #FIU #hurricaneresearch” 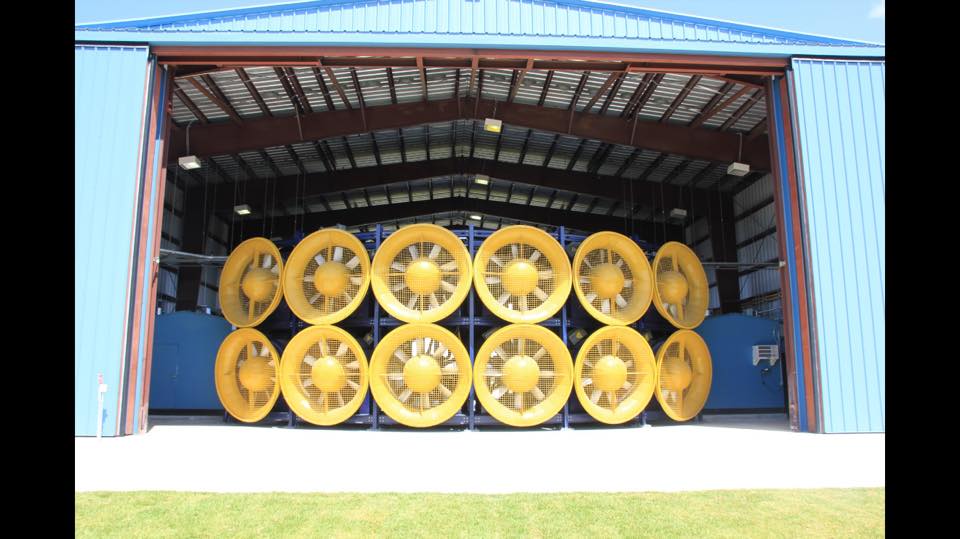 Meteorologists are doubtful the fans will have any effect on the storm, even with 58,000 people participating. Hurricane Irma has sustained wind speed speeds of 150mph, and it’s the size of Texas.

In all seriousness, if you are in the projected path of Hurricane Irma, please make sure you are prepared to either seek shelter or evacuate.

According to the National Hurricane Center, this is the most recent project of Irma’s path; 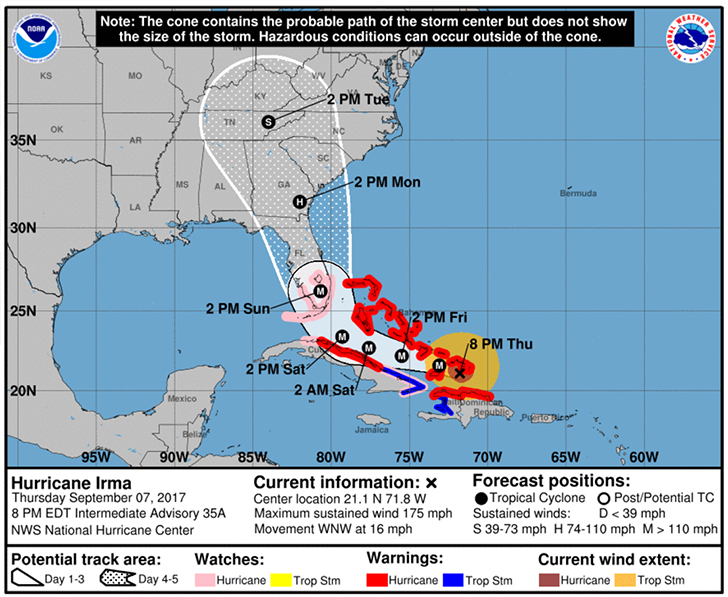