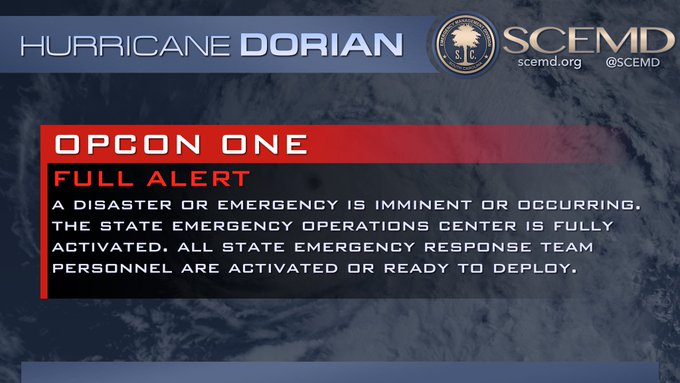 The State of South Carolina has just declared the highest possible State of Emergency ahead of Category 5 Hurricane Dorian.

According to this morning’s alert, the state is now at ‘OPCON 1 – Full Alert’, “All state emergency response team agencies are activated to prepare for any potential effects from Hurricane #Dorian.”;

In a press release, SCEMD Director Kim Stenson said, “It is vital that every resident have a personal emergency plan and be ready to take action if told to do so.”

The official 2019 S.C. Hurricane Guide is available at scemd.org.

The guide recommends having the following emergency items stocked in your home (available via 2-day shipping on Amazon.com if your local store has already been cleaned out);

The National Hurricane Center has issued the following public advisory: 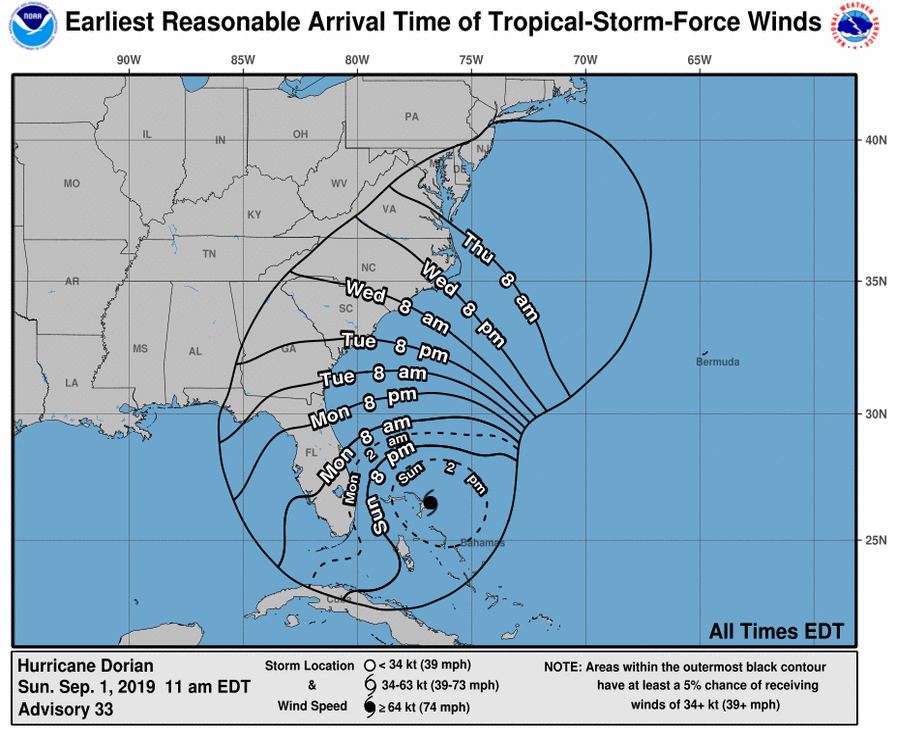