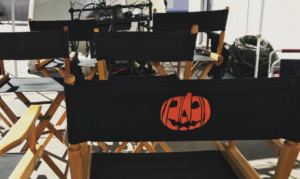 Nollywood is recognized in Africa and around the world for producing quality African movies. The Nigerian film industry produces the top-rated comedy, drama, romance, action and horror movies. The industry keeps improving in quality and content over the years. Latest Nigerian movies are proof of how far Nollywood has come.

Nigerian movies are always entertaining and have a lesson at the end. There is also the cultural aspect especially in movies which are set in traditional kingdoms.  Nollywood creators are among the best in Africa. The following are the top 10 latest Nigerian movies.

Lionheart stars Genevieve Nnaji, Nkem Owoh, and Pete Edochie among others. The film was a huge success especially after being distributed by Netflix. Genevieve Nnaji plays the corporate girl who wants to save her father’s company.

The movie stars Marc Rhys, Dakore Akande, and Funke Akinde. The romantic comedy was directed by Jadesola Osiberu and tells the story of a woman who seems to have achieved everything but gets pressured by her family to marry.

The main characters of ‘Slow County’ are Sambasa Nzeribe, Majid Mishel, Ivie Okujaye and Tope Tedela. The movie is about a poor teenage mother who ended up in contact with a drug lord who introduced her to a different world.

Starring Olu Jacobs, Zainab Balogun, Kenneth Okolie, and Joke Silva, the film shows the drama that goes on in a hotel co-owned by a couple in Lagos. You will enjoy this movie if you love watching humour that is mixed with romance.

The Pascal Amanfo directed film shows the lives of popular women who despite looking perfect in public go through tribulations at home. One celebrity is a victim of gender violence while another is in distress because of not getting pregnant. The Stars in the movie are Tonto Dikeh, Odunlade Adekola, Jackie Appiah and Toyin Aimakhu. Celebrity Marriage is among the most entertaining latest Nigerian movies

Starring Chris Attoh, Joke Silva, OC Ukeje and Kemi Lala Akindoju, Potato Potahto tells the funny story of a divorced couple who are contemplating living together even after the separation. They soon realise the idea was not genius and try to figure things out.

The thriller movie shows the life of two women who are faced with challenges as they go about with their life in Lagos. The women have to find an immediate solution because the issues they are facing are affecting their families. The stars in the movie are Michelle Dede, Vanessa Nzediegwu, Tope Tedela, and Paul Utomi.

The action and comedy film tells the story of a dead man who is given a chance to find his soul mate. He is however limited to three days, failure to which he will know his fate. The main characters are Adetomiwa Edun, ChiomaOmeruah, and Ali Nuhu.

Hakkunde is about a young, focused graduate who faces everyday challenges to achieve his dream. He fights love, bigotry and social constructs to accomplish his goal. The movie stars Ali Nuhu, Rahama Sadau and Toyin Aimakhu among other actors.

The main characters in the movie are Adesua Etomi, Patience Ozokwor, Daniella Down, Enyinna Nwigwe and musician Banky W. The movie is about the life of a newlywed couple and how they live with their family and friends.

Stars like Genevieve Nnaji, Ramsey Nouah, Desmond Elliot, Mike Ezuruonye, Tonto Dike and others owe Nollywood their fame and success. Nollywood is credited with creating numerous blockbusters which bag regional and international film awards. The above mentioned latest Nigerian movies are both amusing and exciting.

New Data: 42% of Remote Workers Plan to Move Over The Next Year