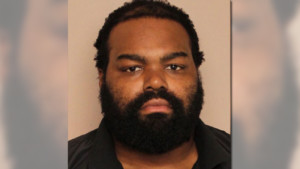 Oher was a key component of the Panther’s O-line, but he may be even more famous as the subject of the popular Sandra Bullock movie, “The Blind Side“.

He originally joined the Panthers roster back in 2015 and started all 16 regular season games and three postseason games his first year, helping to take the Panthers to the Superbowl. He started the first three games of last season before a concussion caused him to be placed on injured reserve.

Following the Panthers’ announcement, Oher tweeted. “The brain is a scary thing. You have to be careful with it.”

The Brain is a scary thing. You have to be careful with it.

Oher was booked for assaulting an Uber driver in Nashville, TN back in early May. The police report claimed that Oher pushed him to the ground and kicked him in the leg.

Some now think that the controversy surrounding the alleged assault was a major reason for his termination from the Panthers.

On Friday he responded directly to the allegations from the Uber driver;

Every single one of those allegations are extremely false and the truth will come out in due time!!! When you have means people will do and

Say anything to get some of what you’ve earned! Time will tell all!

What do you think about the Panthers cutting Oher?