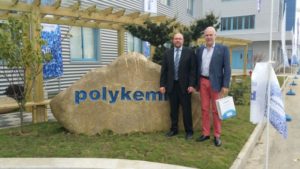 According to officials with the NC Commerce department, the new headquarters will bring at least 22 jobs to the region with an average starting salary of $59,132 per year.

“We are pleased to welcome another global manufacturer that has selected North Carolina for their North American operations,” said Governor Cooper. “Polykemi’s decision emphasizes our state’s world-class talent and affirms the strength of our economy in the global market.”

The new 50,000 square feet headquarters will be located in the 350 acre Gastonia Tech Park near the intersection of 321 and I-85.

It’s not yet been announced when construction will start.