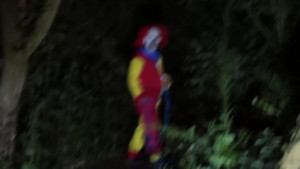 After a clown was spotted trying to lure children into the woods outside of Greenville, and a hatchet-wielding clown was just arrested in Indian Trail last week, The City of Belmont has decided to officially ban any clown from participating in its upcoming Halloween festival.

Flyers for the city’s upcoming “Boo Festival” have small print at the bottom stating that adults are not allowed to wear clown costumes.

The city’s parks and recreation department has now confirmed that the ban is indeed in place for safety reasons.

In light of the nation wide hysteria over clowns, a counter trend has begun to emerge – #ClownsLivesMatter

My homie Bozo just tryna make a dollar to support his family and y'all pullin up on him #ClownLivesMatter pic.twitter.com/jVBf70sIpB