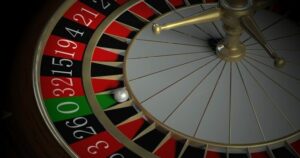 The gambling scene has changed irrevocably in the US in recent years, with the ruling from the Supreme Court paving the way for states to legalize sports betting.

With the ability to make their own legislation, tens of states around the US have opted to legalize sports betting. Surrounded by Virginia and Tennessee, who have both brought in sports betting, the appetite for North Carolina to do the same is high.

But how will Carolina respond, and what changes will they make? Here’s a closer look.

As a southern state in the US, North Carolina has a history of being somewhat conservative in its approach towards gambling. However, with around 11 million people living in the state and an estimated 2 million already taking part in online betting, there is an appetite for sports betting and the potential for substantial revenue to be raised through taxes.

As a result, the state has begun to move slowly towards introducing sports betting, much to the surprise of many.

Senators Jim Perry and Paul Lowe are two of the new bill’s sponsors, which is being pushed through. Despite being in very different parts of the state, rural and urban, respectively, both have the same views on the introduction of betting.

Perry pointed to the need to raise revenue and said that introducing betting would mean the farmers in the district would be spared additional tax squeezes. Although Lowe’s area has fewer farmers, the need to raise necessary funds is the same, and he is in agreement with sports betting being a far preferable option. Lowe also pointed out that it would be possible to ensure that players would be safe and protected rather than pushing them towards illegal sites by legalizing betting.

Although other states in the US have been very quick to introduce new betting laws, Carolina is taking a slow and steady approach.

It’s already possible to enjoy sports betting at three tribal casinos in the west of Carolina. Two are owned by the Eastern Band of Cherokee Indians, and the third by the Catawba Indian Nation.

The sports betting in tribal casinos was made possible by laws introduced in Carolina in 2019, and the spokesperson for the Eastern Band of Cherokee Indians, Breanna Sneed, said it had been “successful beyond our expectations.”

Therefore, this has paved the way for sports betting in the state to be expanded, and Senate Bill 688 is being sponsored by Perry and Lowe. This legislation would allow online casinos already in the market, like PartyCasino to acquire a licence to operate in the state, providing both online and physical venues for sports betting.

Electronic, collegiate and professional games would all be legalised under the bill, but horse racing and high school sports would be excluded.

The Commerce Committee has already passed the bill 12-4, moving it past the first hurdle. It will need to move past two more committees and the full house, but the indications are that it will succeed.

The next stop will be the House Judiciary Committee which could consider the bill any time from May 2022 onwards. If it proceeds quickly, it’s possible that SB 688 could be passed by the autumn, but realistically it’s more likely to become active in 2023.