As more and more people flock to the online dating scene, companies continue to come up with new ways to match people.

Most sites use common traits, hobbies, and interests, but one company recently decided to it would be better to match people based on what they mutually hate. The new dating app is called ‘Hater‘.

After 6 months of connecting people based on what they hate, the company just released a map of the most hated things in each state based on their user data…with some very interesting results.

The responses range from media outlets (South Dakota hates The New York Times) to Hollywood (Delaware has a pronounced distaste for Casey Affleck), the universal (hey, Vermont, everyone hates waiting in line) to the downright crazy (what wrong with tuna salad, Georgia?). 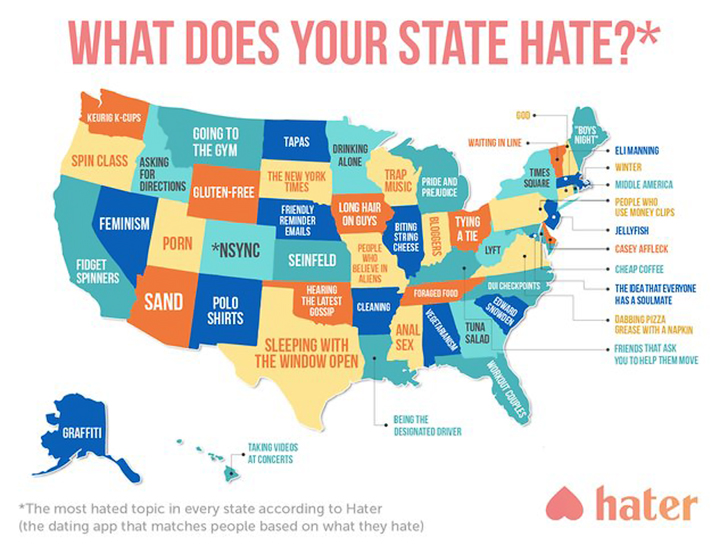 Things are a little more troubling here in the Carolinas… 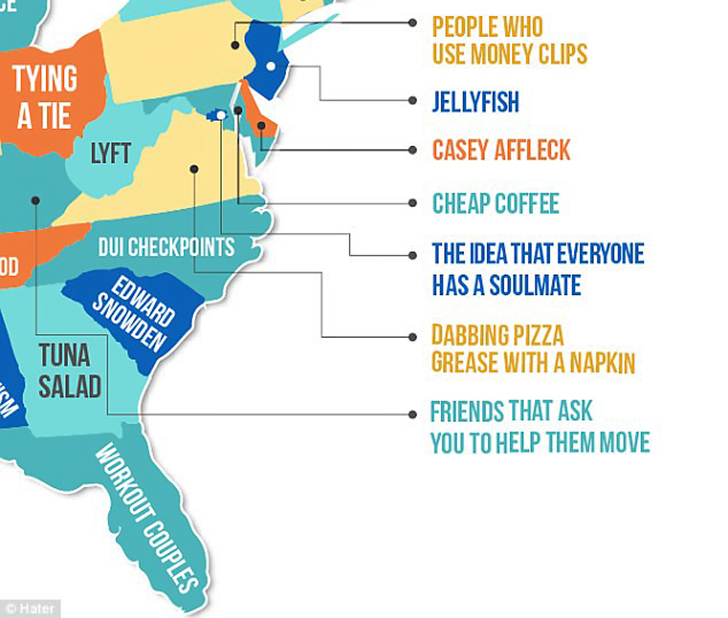 Does North Carolina’s overwhelming hatred of ‘DUI Checkpoints’ mean we have a drinking problem?

Does South Carolina’s extreme despise for Edward Snowden mean they like government overreach…or that they have something to hide?

Do you agree with the consensus?

What do you think North and South Carolinians hate the most?