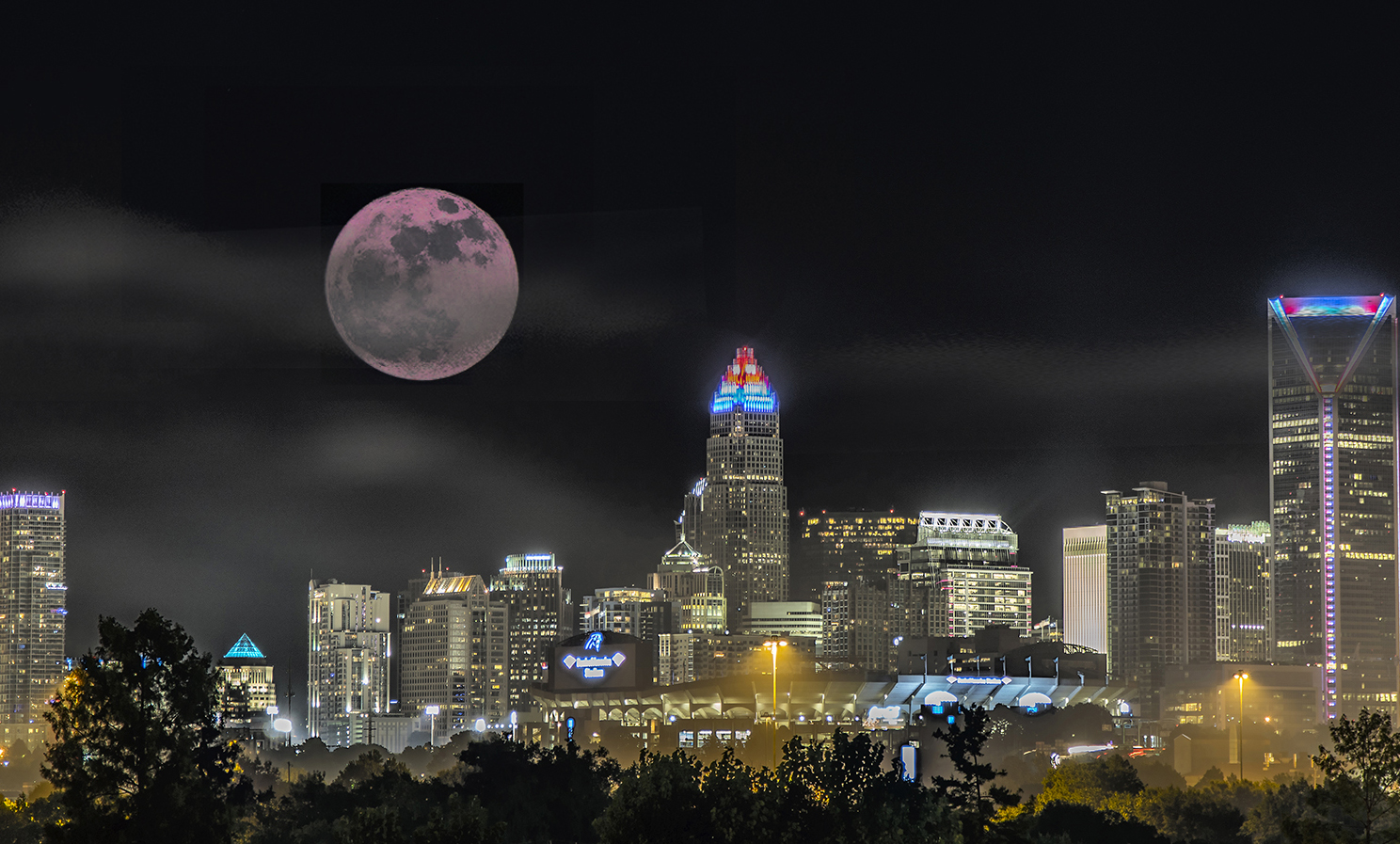 Tonight Charlotte will witness the biggest moon of the year in a rare lunar occurrence named the “Pink Super Moon”.

According to the Old Farmers’ Almanac, we will witness the ‘Super Pink Moon’ reach the perfection of its peak on April 7th at 10:35 pm EDT.

Its name comes from native North American wildflowers that bloom in early springtime: Phlox subulata, known as “moss pink,” according to the Almanac.

A supermoon is the point of the moon’s orbit when it’s at its closest to Earth – its perigee – when it appears up to 14% larger and about 30% brighter than normal.

The moon will be visible in the Southeast part of the sky in Charlotte when it reaches its peak: