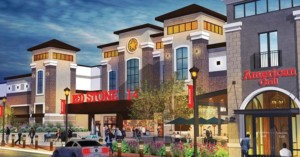 A new mega-theater is about to open on the north part of Indian Land, right next to the headquarters of Charlotte’s $1 billion start-up, Red Ventures. The new 53,000 square-foot cinema, with 2,800 stadium seats, and 14 wall-to-wall screens will hold its official grand opening on March 23rd.

“We are very pleased with the construction progress of RedStone,” says Michael Bilodeau, Development Manager with MPV. “The movie theater and mix of restaurants and shop space will create a first-class retail environment.”

Stone Theatres, the parent company of the new RedStone 14 mega-theater, currently runs 4 other theaters with a total of 56 screens in Myrtle Beach, Fayetteville, Indian Trail, and Morrisville.