I recently discovered what might now be the most infamous conspiracies in Charlotte’s history (it might even be bigger than the government spying on Charlotte citizens with fake cell phone towers conspiracy).

The conspiracy surrounds George Shinn, the former owner of the Charlotte Hornets, and his alleged attempt to assassinate David Thompson using a rogue helicopter pilot.  Thompson alleged that the attempt came after he uncovered a plot by Shinn to deprive the Smith Junior High School arena of ice to stop the expansion of the NBA, NFL, and NHL. 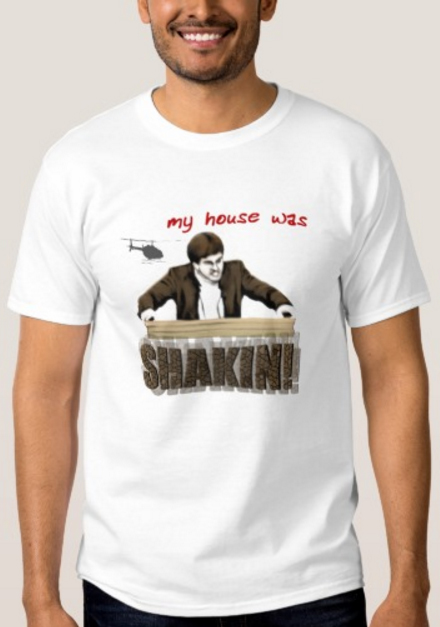 The following is the official transcript from Thompson’s testimony:

“I stood up here last time. I’m gonna ask if when I get in to this you can give me an extra minute or thirty seconds, and once I get into this . . . I’m here tonight to request John Walsh of the FBI’s most wanted to make public and request a number one—America’s number one public enemy. We have a rogue helicopter pilot on the loose inside this airspace. He’s also on the loose inside this country. And I am after this report right here which is a classified document from the Freedom of Information Act within the FAA. When I came down here to speak back in April about the bundling, I went home. I said something, because I had—I could back it up, because I went to the Smith Junior High meeting years ago and I reminded you of four things I said, which were no smoking, thirty thousand seats, sew the hot water panels on it, and put ice in the arena. And I told you why there’s no ice in the arena. I made a statement, and the statement was the reason there’s no ice in the arena is because somebody had their hand in the pie. He didn’t want ice in that arena because he knew down the road, just like the NBA adventure, the NFL and the NHL were going to expand. And if he allowed ice to be put in the arena that meant sometime down the road he’d have a competing tenant, which would lessen his bargaining power with the city of Charlotte. I’ve been ready to explode like Mt. St. Helens since the weekend of May 27 and 28, and what happened to me was the evening of the 28 I woke up in my house. It was late in the evening—early morning, A.M. And my house was shakin’, and it’s shakin’! and it’s just shakin’! and it’s shaking!—it shakes for over a minute to two minutes. It shook constantly. And it was the same white helicopter that I saw on Sunday afternoon that flew over my house when I walked from my part of the house to my garage.

I won’t raise my voice. That’s fine, they have a right to be scared, because that’s why I’m here tonight. I was scared, I was endangered, and I was threatened. My life was in danger because we have a helicopter pilot that flew twenty-five to thirty feet above my roofline between the magnolia tree and the property line for one to two minutes, and then he bailed out. And I followed him, and I tracked him down through the FAA because I made an official report. Sue Myrick knows about this, the FBI knows about this, John Edwards knows about this, the Criminal Intelligence Division of the Charlotte Metropolitan Police Department knows about this. I want this pilot. I want—it’s a matter of national security. Wherever you are, Mr. Helicopter Pilot, come out of your hole. And you too George Shin because you’re in that helicopter pilot—you’re in that helicopter, and you’re nothing but a chameleon, lemon-headed, coward, terrorist ****! And I’m coming after you buddy! You’re gonna pay for it! Goodnight!”

The CMPD has yet to uncover the true identity of the rogue helicopter pilot. If you have any information that could lead to an arrest, please sign up to speak at Charlotte’s next city counsel meeting.