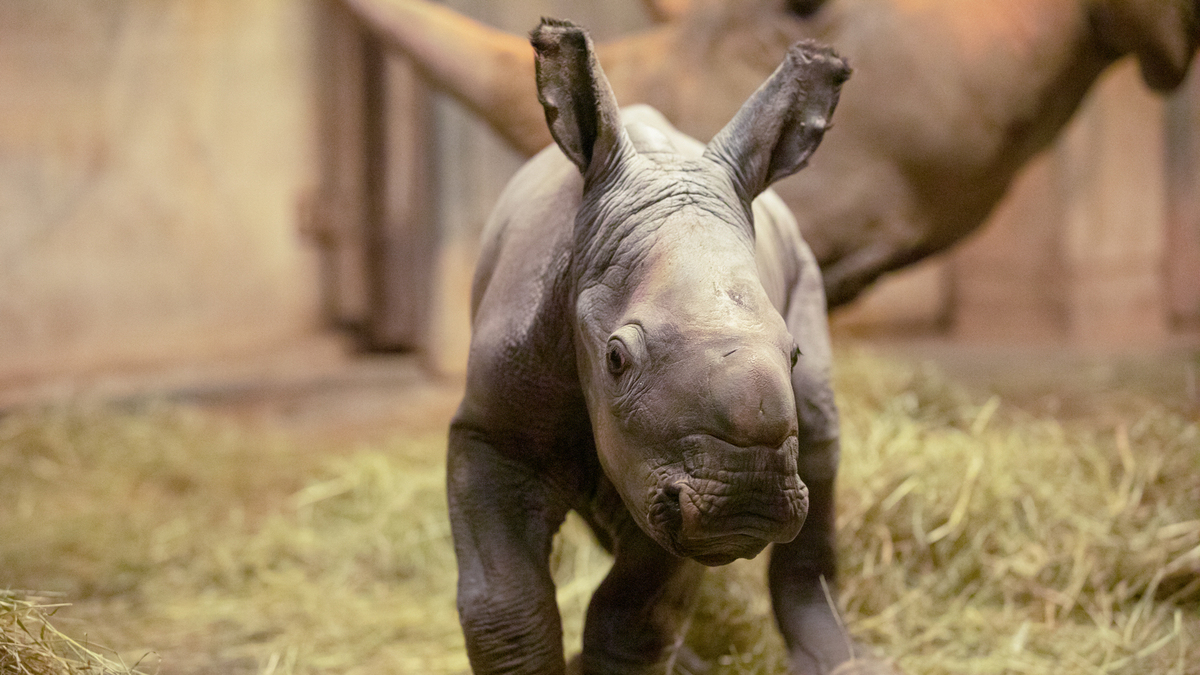 The North Carolina Zoo is excited to announce another southern white rhino was born at the Zoo on Feb. 24, 2020—the second rhino birth so far this year. The female calf was born to mother Linda and father, Stormy. The Zoo will announce details of naming the new calf at a later time.

Just last week, the Zoo announced the name of a female calf born in January. Her name is “Mguu,” which means “foot” in Swahili, on account of her big feet, according to her keepers. 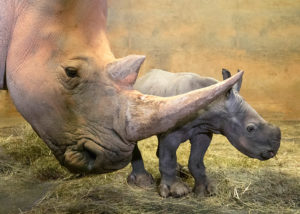 Jade Tuttle, zookeeper for the Zoo and a board member of the International Rhino Keepers Association, said the calf and her mother are doing well.

The new addition is also the fourth rhino birth in just under two years.

The other two rhinos—Nandi and Bonnie—were born in July of 2018, just eleven days apart.

“We’re excited that the two juvenile rhinos – our ‘teenagers’ — now have two younger siblings to interact within the herd,” Tuttle said.

The birth marks another significant achievement for the zookeepers and the veterinarian team who work with the Zoo’s rhino herd daily.

“It’s going to be wonderful for our guests to watch both the very young rhinos and the older generation interact on the grasslands.”  Zoo Director Pat Simmons said. “These successful births are because of a lot of hard work and collaboration among our entire animal care staff.”

The Zoo has been home to rhinos since 1976 as part of the Association of Zoos and Aquariums (AZA) Species Survival Plan (SSP). However, the Zoo waited more than 40 years for a healthy rhino calf.

Zookeepers report the newest addition to the rhino family is healthy and nursing. They expect her to gain 100 pounds a month in the first year. She could weigh 3,500 to 5,500 pounds when fully grown.

Southern white rhinos were hunted to near extinction by the beginning of the 20th century for their horns, which some erroneously believe provide medicinal benefits. Rhino horn is constructed from keratin, which is the same material that makes up human fingernails and hair.

The second-largest land mammal after elephants, rhinos are pregnant from 16 to 18 months (elephants are pregnant for approximately 24 months). A rhino will only give birth every two to five years. At full maturity, a southern white rhino will have two horns, grow 12 to 13 feet long and up to 6 feet from hoof to shoulder, and weigh 4,000 to 5,000 pounds. They can live 40 to 50 years and run at impressive speeds of up to 30 miles per hour.