If you normally wait until you’re in South Carolina before you fill up, this article is for you!

The price tracking website and app company ‘GasBuddy’ recently released the results from their 3 year study of fuel price data showing which days of the week you should buy gas, and which days you should avoid.

According to the company, Mondays have consistently proven to be the cheapest, and Thursdays are usually the most expensive. 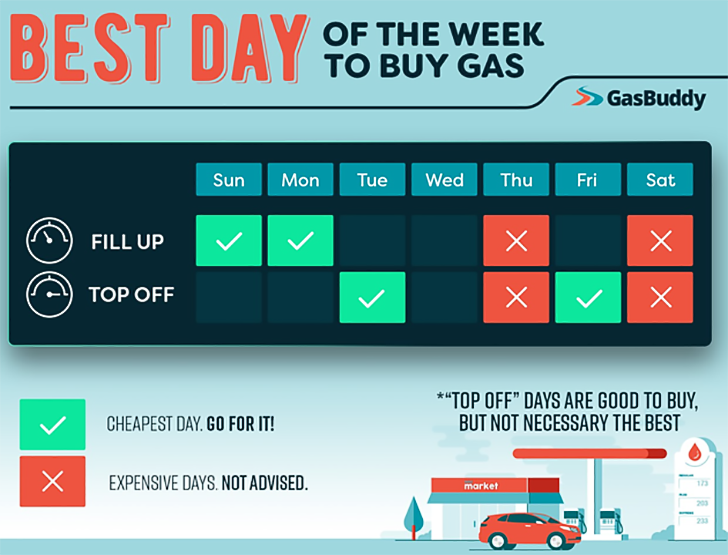 “The rise in average prices towards the weekend could be to blame on an influential report from the Energy Information Administration (EIA) issued weekly on Wednesdays, which could push prices higher the day after, depending on if data in its report is as expected or a surprise,” said Patrick DeHaan, senior petroleum analyst at GasBuddy. “Since commodities trading isn’t active over the weekend, it typically allows stations to ‘let it ride’ over the weekend, culminating in lower prices by the start of the work week.”

The company does note that the best day changes year-to-year and state-to-state, but if you were to switch from shopping on Thursdays to Mondays, you could end up saving an average of $325 every year.

When and where do you usually buy your gas?