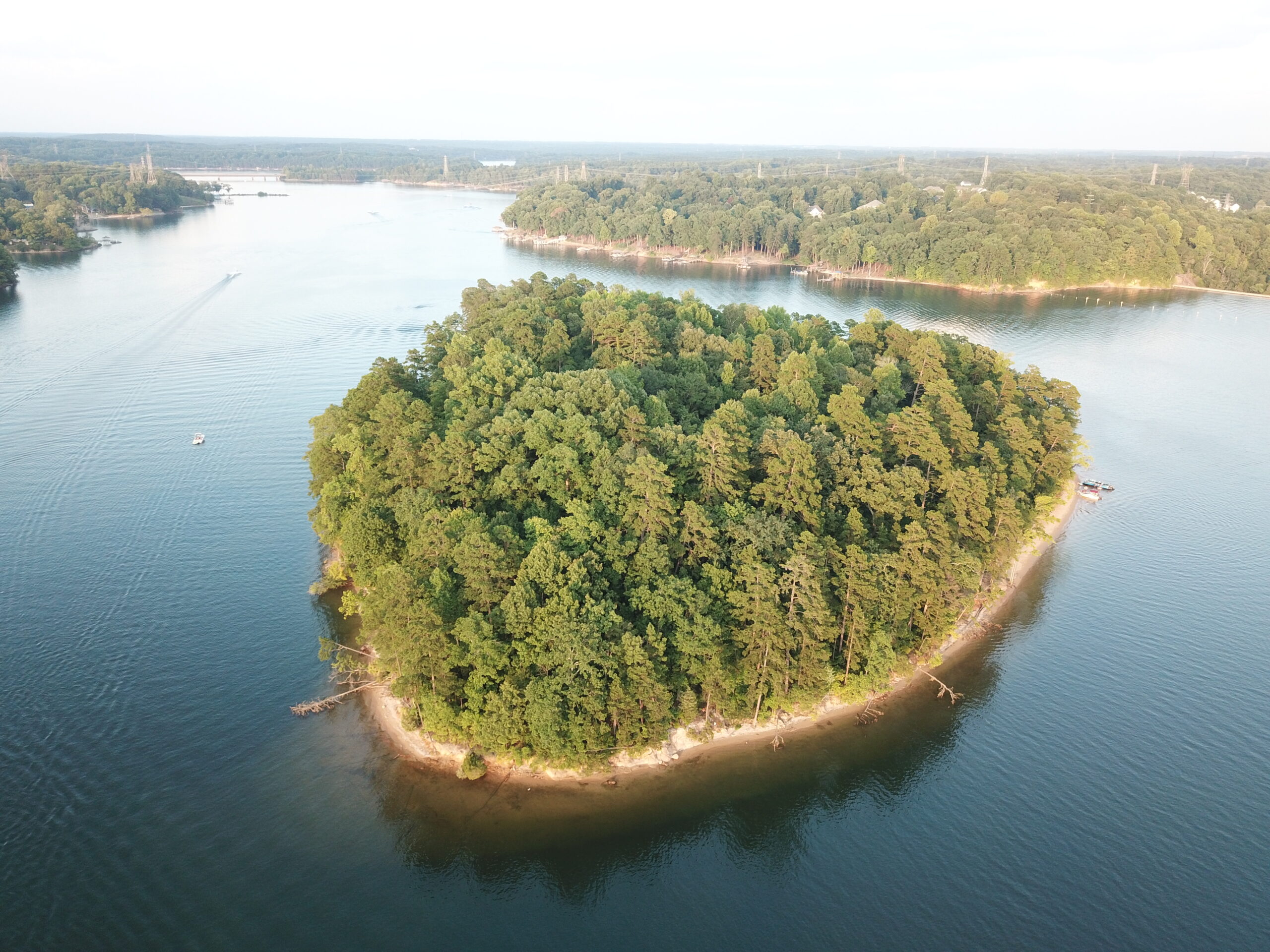 Summertime in Charlotte can be quite hot.  Many escape to neighborhood pools, skip town for the beach or head to local lakes.  What might surprise you is that the only lake in the city of Charlotte is the least well known of the three area lakes, Mountain Island Lake.  When people talk about Charlotte’s lakes, Lake Norman and Lake Wylie garner all of the attention.  There is a third lake that is in between the other two.

Mountain Island Lake was created first of the three manmade area lakes.  In 1924 the Catawba river was dammed up in Mount Holly, NC to provide hydro power.  This created Mountain Island Lake.  At the southern end of the lake a land mass with some elevation remained above the water level, thus naming the lake Mountain Island after the small island.  Mountain Island lake has 61 miles of shoreline is about 14 miles from end to end.  It serves as the drinking water for the city of Charlotte with the main water intake along the eastern shore of the lake.  Because it supplies the drinking water, the lake has several restrictions.  There are no commercial buildings, no marinas, and no restaurants along the lake.  Much of the shoreline is comprised of nature preserve.  There are additional restrictions on boat sizes on the lake as well. All of this contributes to the pristine nature of Mountain Island Lake.  It is great for fishing, kayaking, paddleboarding and wake sports such as waterskiing, wakeboarding, wakesurfing and the latest craze, wakefoiling.  Duke Energy’s Riverbend Steam Station graced the shore of the lake until 2012 when it was retired.  The coal ash ponds were cleaned up and the entire plant was removed.  As a result, Mountain Island Lake is the only area lake without a powerplant, adding to the tranquility of the lake. 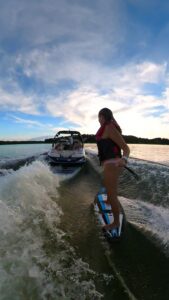 There are three public boat ramps on the lake, several kayak/paddleboard put-ins and lots of nature to explore.  Historic Latta Plantation consumes a good section of shoreline and offers visitors access to the lake.  While there are no public swimming beaches there are plenty of places to picnic, fish and hang out along the shore.

Summer weekends can get pretty busy on the lake with boaters congregating at the Mountain Island Sandbar, in Rock Cove and in a cove off Latta Plantation.  A cruise north past the sandbar provides a great ride “up-river” where the lake narrows as it leads to the 73 Sam Furr bridge and the dam to Lake Norman.

There are only a handful of waterfront communities along the shore of Mountain Island Lake making it quite exclusive.  With uptown Charlotte only 10 miles away and the airport less than 15 minutes away, Mountain Island lake offers resort living in very close proximity to the city and major highways.  With Charlotte’s population on the rise, the Mountain Island Lake area has also grown, but not as quickly as other parts of Charlotte making it a great area for prospective home buyers looking for lake living options.

As a resident of Mountain Island Lake for the past sixteen years it still surprises me that so few Charlotteans even know the lake exists.  This is both a blessing and a curse.  The area has seen significant development over the past several years with Corning Optical Communication building their new headquarters in the area along with Riverbend Village that features a flagship Harris Teeter.

With limited lake access and few waterfront homes, Mountain Island Lake provide exclusive lake living.  The premiere neighborhood on the lake is the Overlook which is a 400+ home community that was developed by Crescent in the late 1990s.  The Overlook features 70+ waterfront lots, a private boat ramp, community docks, a boat storage lot, kayak/SUP racks and several other amenities for boaters.  The neighborhood has a large pool, tennis courts, a soccer field, two playgrounds, miles of walking trails, a club house, swim team and monthly community activities.  Because there is only one road in and out of the Overlook community, it is a very safe place for kids to ride their bikes throughout the community and to activities. 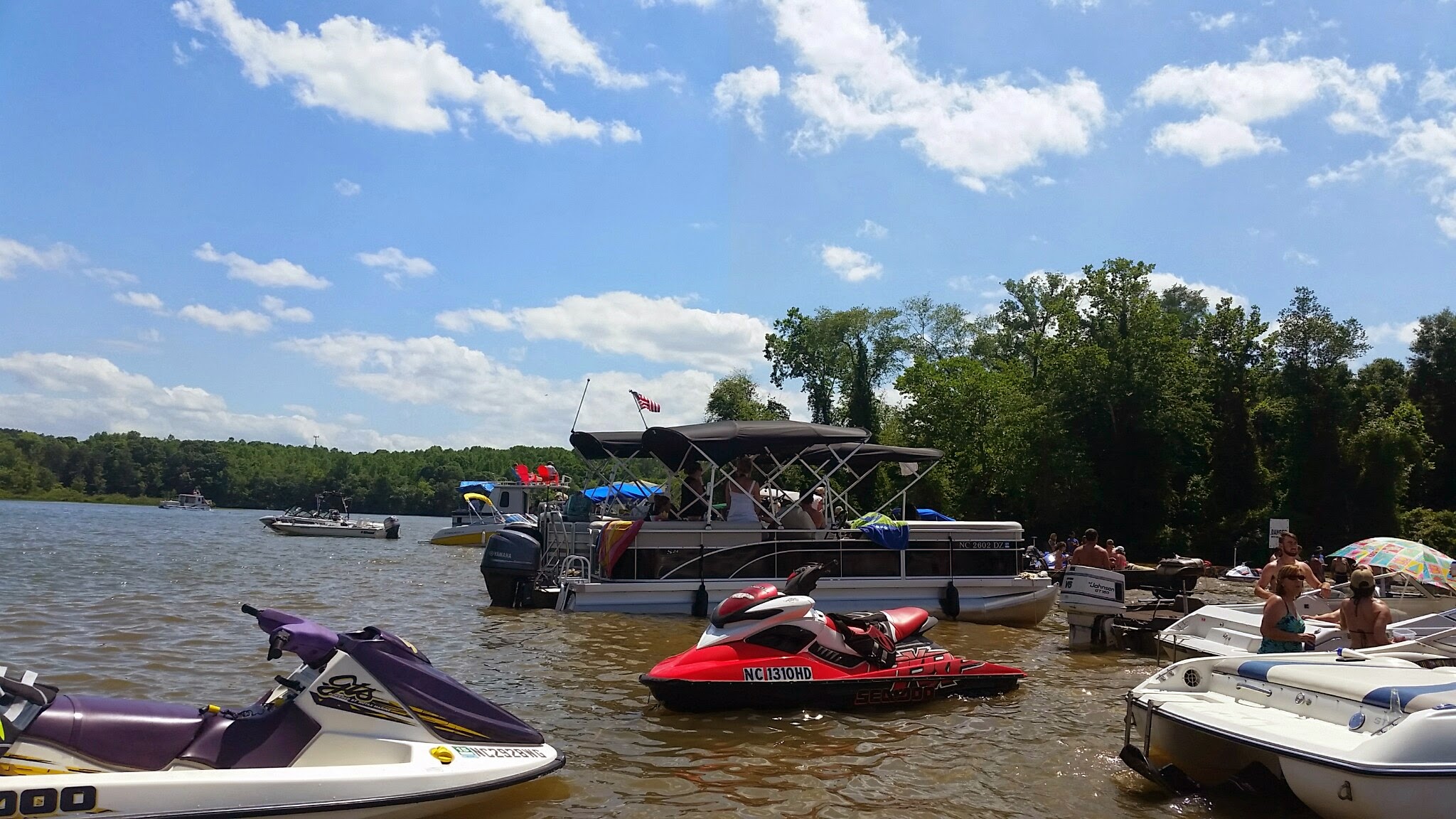 Additional neighborhoods include Mountain Island Harbor, Stonewater, Mountain Pointe and Preservation Point.  There are also active lifestyle 55+ communities that include the Polo Club at Mountain Island Lake and Imagery.

The allure of living on a pristine lake within easy commuting distance of a major city and airport, have made Mountain Island Lake an ideal place to raise a family.  What I love most about the lake is the tranquility.  The only thing that might beat watching a beautiful sunset over the lake is a sunrise paddle board venture to start the day.  Blue herring, turtles, deer, eagles and bass are just some of the amazing wildlife that can be seen along the lake.  Calling Mountain Island Lake home is special. There is a great sense of community and the lake has served as a great uniter of the various neighborhoods that grace the shores.

If you have not had the opportunity to visit Mountain Island Lake, I highly recommend a visit.