A massive cluster of great white sharks are now swarming around the Carolina coast, causing alarm for some, and confusion for others.

This past weekend, the tracking organization OCEARCH noted the anomaly on their Facebook page, asking their followers;

Since they made the post, even more great white sharks have joined the swarm, adding even more mystery to the happening. 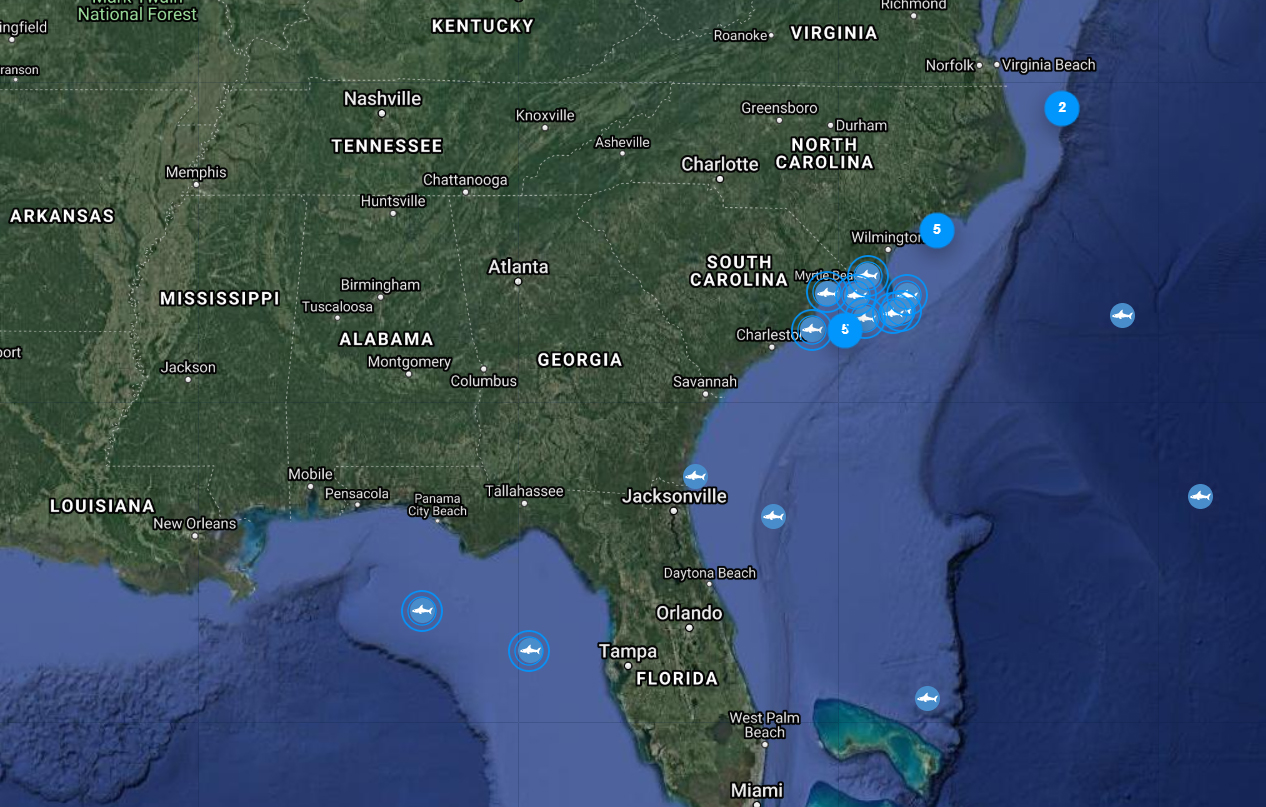 The biggest of the group, Luna, at 15 feet and 2,137 pounds, is now swimming dangerously close to North Carolina’s Outer Banks.

Last year, Luna was captured on video just off the coast of Charleston by a group of amateur fishermen (footage of Luna begins at 2:45);

Marine biologists have yet to offer any definitive reason for the unusual swarm. Some think that our recent warm spell could have the sharks coming up from the gulf of Mexico and Florida to follow smaller fish schools, however, this doesn’t account for the uniquely tight grouping of the sharks.