Charlotte-based window and door manufacturer Jeld-Wen recently announced plans to build a new multi-million dollar facility in Charlotte and to hire at least 200 new positions, with an average salary of $75,000 each.

The company is a leading designer and producer of energy-efficient doors, windows and related products for homes and commercial buildings.

The major new development in Charlotte is largely thanks to North Carolina’s new Job Development Investment Grant (JDIG) approved by the state’s Economic Investment Committee. As part of the incentives, the company will be approved to receive up to $2.4 million in reimbursements from the state. 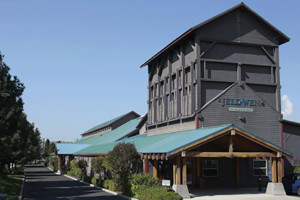 Jeld-Wen’s 200 new hires will include administrative, management, sales, and various other positions. The pay will vary by job function but the company announced that the average salary will be roughly $75,000.

“JELD-WEN is investing in Charlotte because this vibrant city has so much to offer in the way of talent and amenities. We appreciate the support provided through the state Job Development Investment Grant as well as local Charlotte-Mecklenburg support, and we look forward to strengthening our connection with this great community,” remarked Jeld-Wen’s CEO Mark A. Beck.