North Carolina’s 2022 fall colors are expected to be some of the brightest and most beautiful in years.

The average temperature this year is 54.23°F degrees, which is the 5th warmest year on record, according to NOAA. This year has also been the wettest year on record with a total of 29.04″ of rain, which will result in a slightly later and brighter fall color season.

North Carolina’s peak season will start toward the beginning of October in the higher elevations and run until the end of October the Piedmont.

According to SmokyMountains.com, colors should be at their peak around October 11th in the mountains and October 18th in Charlotte; 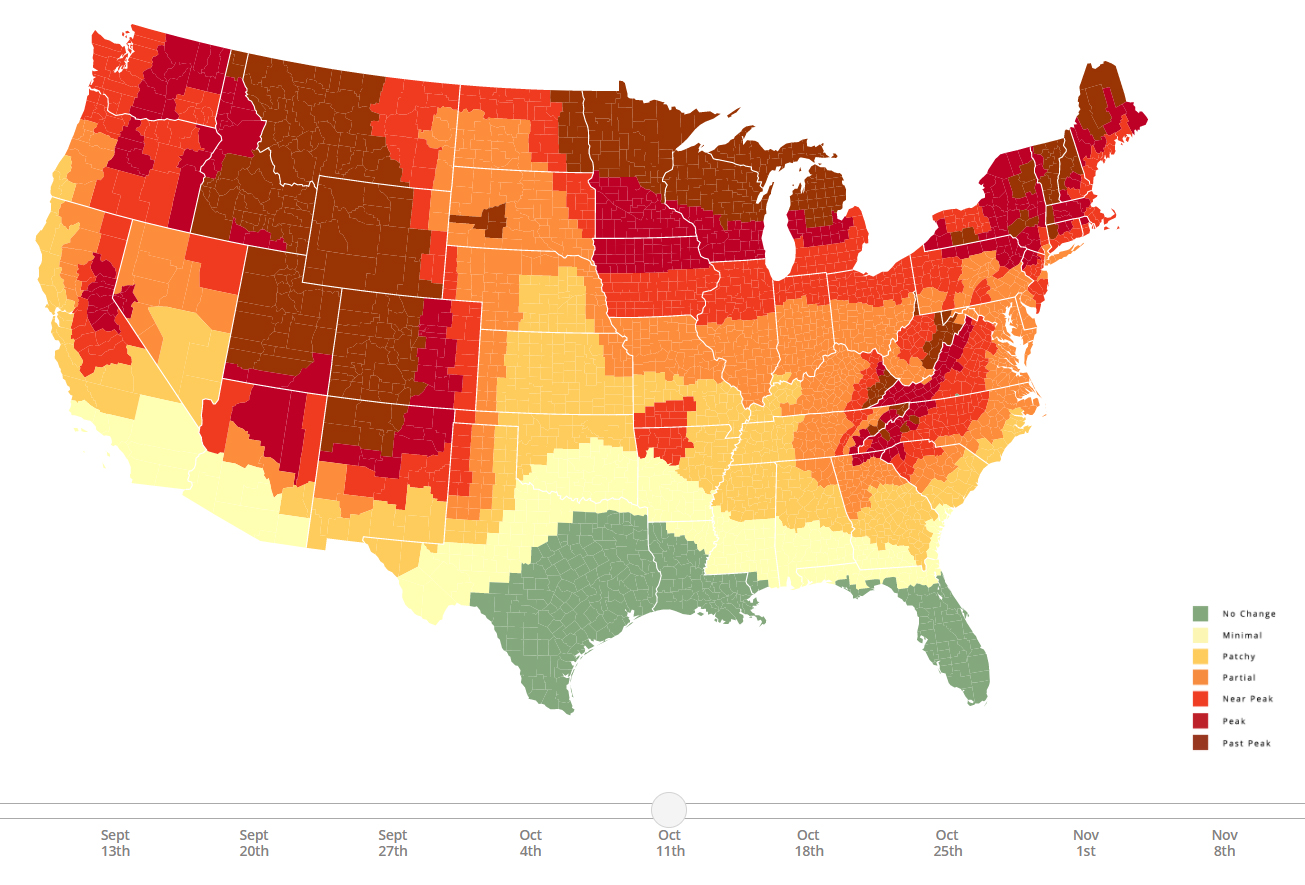 To see the best views in our state, you can browse our list of the ‘Top 10 Best Places To See Fall Colors Around North Carolina‘.