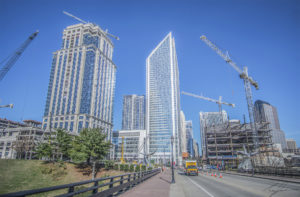 Forbes has just ranked the Tar Heel state as the Best State in America for Business in 2019 for the 3rd straight year in a row, just ahead of Texas at #2 and Utah at #3. South Carolina came in at #16 on the list.

“With one of the highest net migration rates in the U.S., people have been flocking to North Carolina for the past decade. The state has the smallest union workforce in the U.S. in terms of percent of total employment. The resulting benefit is labor costs that are 8% below the national average—sixth lowest in the country. North Carolina has ranked in the top five overall for 14 straight years. One impact on North Carolina’s business community: the passage of the controversial HB2 or “”Bathroom Bill,”” which requires citizens to use the public facility that corresponds with their biological gender. The NBA pulled the All-Star game from Charlotte and the NCAA and ACC also bailed on hosting championships in the state. PayPal and Deutsche Bank froze expansion plans after the law passed. The NBA awarded the 2018 All-Star Game to Charlotte in May two months after the N.C. legislature partially repealed the bill.”

As of December 2019, our state had the following stats:

What do you think about North Carolina’s business climate?

How do you think we can improve?