Brad Shell, owner of The Unknown Brewing Company in Charlotte’s South End area, has announced the city’s first donation competition for the beer community called Brewers Charity Championship. The Unknown Brewing Company invites and encourages all breweries in the Charlotte area to join in the collaborative competition to see who can raise the most amount of money for charities throughout 2017. 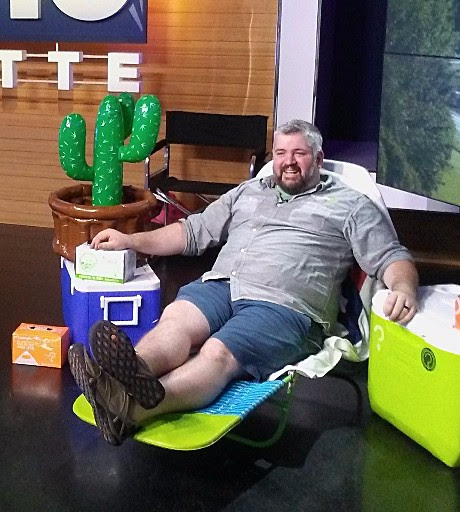 “As a brewery, I know we’re all donating to charity as it is, so I wanted to create a little friendly competition to get everyone in Charlotte involved and excited about raising money for local nonprofits. Let’s see what we can do when we all come together,” said Brad Shell, owner of The Unknown Brewing Company. “It’s going to be fun! The brewery that raises the most amount of money for charity will receive a championship wrestling belt, while an employee from the brewery with the lowest points will have to stand on the corner of Trade and Tryon in a chicken suit with a charity jar. There is no ‘loser’ when donating to charity, just a ‘Charity Chicken’.”

Charlotte area breweries that raise money for or donate beer to any nonprofit from January 1 through December 31, 2017 can participate in Brewers Charity Championship. Every donation has a point value associated with it; the point system is as follows:

Competing breweries will track their donations to 501(c)3 nonprofits monthly and submit donation totals to The Unknown Brewing Company throughout the year. Keep up with The Unknown Brewing Company’s official Facebook page for updates on Brewers Charity Championship and check out Yelp Charlotte’s event page to see which breweries are hosting events to raise money for local nonprofits.