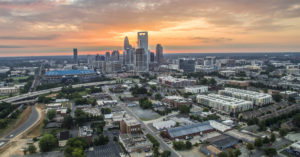 The City of Charlotte and Mecklenburg County have just completed their most recent property revaluation. It was the first city-wide revaluation since 2011.

One of the highest adjusted areas was along the North Davidson corridor, including the Belmont, Villa Heights, and NoDa neighborhoods. Those neighborhoods saw a combined average valuation change of just over 125% between 2011 and 2019.

Some properties, however, went down in value, and will likely see a corresponding drop in their taxes going forward.

You can find out your new appraised price by searching by your name, property address, or parcel number here;

You can find out what your new taxes might be going forward using this form*;

What are your thoughts on our city’s latest property revaluation?