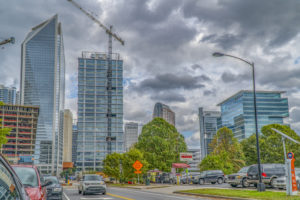 The report also noted rental increases in most cities throughout North Carolina. “Charlotte saw a $5 increase in monthly rent prices, reaching an average of $1,249, the 4th most expensive in the state.”

Here are some additional highlights for North Carolina: