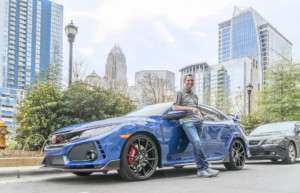 Charlotte has been rated the best city for drivers in the US in a new report by Insuremyrentalcar.com.

Charlotte took the title of best city for drivers owing to low scores across the board, including good road quality and fewer cases of drivers with DUIs. Texas performed strongly in the rating, with four cities (Fort Worth, Dallas, San Antonio and Houston) appearing in the top ten.

According to the report, these are the top 10 cities in America for drivers; The report gave Charlotte a total score of 365/500 based on the following stats;

Average increase in journey time due to traffic: 17%

Percentage of drivers with DUIs: 0.5%+

Percentage of drivers in state with no insurance: 6.5%

“Charlotte scores well on most data points analyzed. At just 0.5%, the city has the lowest percentage of drivers with DUIs in the top ten. The number of uninsured drivers is also low, the second lowest in the top ten, at just 6.5%,” according to the site.

Cities in California performed badly in the study. San Francisco, Los Angeles, San Diego, and San Jose ranked 16th, 17th, 18th, and 19th respectively, out of the 20 most populous cities in the country. Only Seattle, WA, scored lower.

Philadelphia was a surprise entry in the top ten. The city is well known for being home to one of America’s most dangerous roads, Roosevelt Boulevard. Across the city, however, fatalities are relatively low, at 6.2 per 100,000 residents. The city also performed well when it came to drivers with DUIs and uninsured motorists, having low numbers of both.

What do you think about the results of the study?

Do you think Charlotte is the best city in America for drivers?