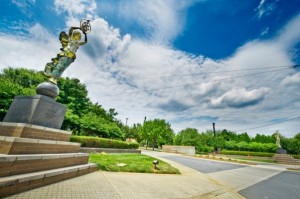 With the Panthers building their new headquarters to Rock Hill, and an increasing number of residents and other businesses moving across the Carolina border, Charlotte-area leaders are now considering plans to build a rail line from Charlotte with York County.

This week John Lewis, the CEO of CATS, said that it’s now time to consider how we can connect Charlotte’s urban hub with more of our surrounding counties.

“This is the natural outcome of the success of the Blue Line (light rail) and its extensions, and of efforts to build out the 2030 Plan” he noted.

He said that CATS is now finalizing plans to launch a new 18-month study on the viability of transit options around the Charlotte region by the end of this year, including a new high-speed commuter rail line down to York County. The new study will be overseen by the Metropolitan Policy Commission.

What do you think about a new rail line down to York County?