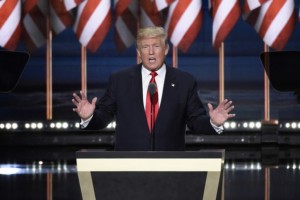 The highly-anticipated ‘repeal and replacement’ of Obamacare is finally here, and many of the key differences between the new plan and Obama’s Affordable Care Act will directly affect our wallets as soon as it goes into affect.

According to estimates by the nonpartisan Congressional Budget Office, the new ‘American Health Care Act‘, which many people are nicknaming “Trumpcare” and “Ryancare”, would raise the average health-insurance premium for an individual policyholder (averaging all income levels) by 15 to 20 percent over the next two years.

In order to assess the new healthcare plan’s impact on people who buy their own insurance, WalletHub’s analysts compared the differences in premium subsidies that the average households in 457 U.S. cities would receive under Obamacare and Trumpcare.

According to their findings, Charlotte would be the #2 most affected large city in America if the new plan were to be approved.

Charlotte was also ranked as the #24 overall most negatively affected city under the new plan (among all sizes):

The above charts used the data from 457 U.S. cities of varying sizes to look at the differences in premium tax subsidies that a joint-filing household would receive under the AHCA, or ‘Trumpcare’, and the Affordable Care Act (ACA), or ‘Obamacare’, which is currently in effect, in each city.

What do you think of the newly proposed healthcare plan?