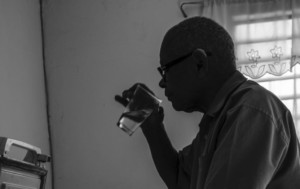 Officials with the City of Concord have just released a statement saying the city drinking water could have an unsafe level of haloacetic acid.

According to the EPA, the maximum amount of Haloacetic Acids (HAA5) any water supply can have is is 0.060 mg/L. Recent waters samples in Concord have now exceeded that limit.

The most recent drinking water sampled contained a level of 0.0624 mg/L of Haloacetic Acids.

Regularly consumption of water with high levels of haloacetic acids has been shown to increase the risk of multiple types of cancer.

The two primary methods of removing haloacetic acids from drinking water at home is boiling water and filtering it through a reverse-osmosis filter.

Concord is not yet in an emergency mode, meaning drinking water does not need to be boiled, however if you’re you are pregnant, nursing, have immune deficiency, or are an elderly person, the city has stated that you should contact your doctor immediately.

According to the city, the contaminate levels should be under the EPA’s maximum level of 0.060 mg/L by the end of September.