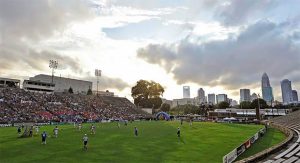 Organized by the International Cricket Council, the inaugural ICC World Test Championship event kicked off in August 2019 with the Ashes series and ended with the Final match played at the Rose Bowl in 2021. The Championship was set up to replace the ICC Champion Trophy, and today, it remains the peak of all Test cricket tournaments where the world champion is crowned.

When the idea of the ICC WTC arose in 2010, the ICC debated whether the playoffs should be between the top eight or the top four teams. The board agreed on the latter option, and 2013 was selected for the official inaugural event. After the official approval of the plans in 2010, there were two major failed attempts to kick off the WTC in 2013 and 2017.

The supposed opening season in 2013 was canceled because of a financial shortage on the part of the planning board. Following this cancellation, the ICC World Test Championship was rescheduled to hold in 2017. However, the plans were canceled again as several developments and improvements were being discussed. Therefore, the ICC Champions Trophy was once again played in 2017 instead.

In 2017, ICC abolished the 2010 decision only to feature four teams and announced that nine teams should participate in the event. Each team was designed to play a Test series against six other teams.  Winners from each series are rescheduled to have a face-off until only two teams are standing. Both teams will face off in the Final, and the team with the highest point wins the championship. However, it was agreed upon that both teams are declared the winner when there is a draw.

The second edition of the ICC WTC kicked off on the 4th of August and is scheduled to run till March 3rd, 2023.

While the ICC full membership consists of twelve nations, the governing board decided that only nine of the twelve members can participate in the ICC World Test Championship in the inaugural season of 2019-21. It is noteworthy the remaining three members are the lowest ranked of the ICC. The nine qualified national teams include;

Among the nine national teams, each team can only play six of the other eight teams. Hence, the ICC decided that India and Pakistan would not bowl against each other for the first and second editions of the event, considering that both teams are arch-rivals.

The remaining three lowest-ranked full members of the ICC that did not participate include;

The ICC World Test Championship event is scheduled for two years. Each team is arranged to play six series each, three away and three on their home turf. In each series, a team can play between two to five matches, and each game is scheduled for five days. While the number of test matches is unequal, the series must be equal. The top two teams have a final face-off in the final stage to determine the world champion of that season.

At the inauguration of the ICC WTC, the ICC decided that each series would have the same total number of points (120). In a five-game series, 20% of the total points will be shared by each match, while in a two-match series, 50% of the total points are available for each. This percentage method ensures that teams with fewer matches are not disadvantaged.

Also, the ICC decided that a tie in the matches would be worth half of a win, while a draw would be worth one-third of a win for both teams. However, when the matches do not end in a tie or a draw, a team can have a third, a quarter, a fifth, a sixth, an eighth, a ninth, a tenth, a twelfth, or a fifteenth of the total points available. For example, a winning team gets 60 points in a two-match series. In a three-match series, a win is awarded 40 points, and so on.

Points Distribution in the ICC WTC

The table below shows how points are distributed between teams in the ICC World Testing Championship.

ICC WTC Not the End Of Bilateral Series

While ICC World Test Series was created to rekindle the love of Test crickets among fans, it was not meant to eradicate bilateral series like the Ashes, Freedom Trophy, the Border-Gavaskar series, and other exciting test cricket events.

The ICC WTC brings the national teams from Test cricket nations together under an umbrella containing several exciting tournaments from the bilateral series. For instance, the Ashes series was a part of the ICC WTC series in 2019. Overall, the ICC WTC makes every game of the bilateral series count, as each team must bowl as hard as possible to get to the top of the table.

The ICC WTC is not just another event for cricket teams and fans. It is the pinnacle tournament for Test cricket that gives other bilateral series the recognition they have been lacking over the years.