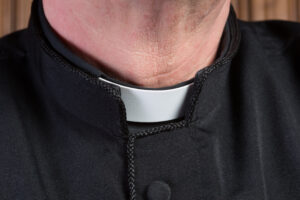 Clothing is paramount in most religious institutions as it signifies certain individuals’ roles within their chosen denomination. Also, there lies a great deal of history behind what male and female leaders wear inside a ministry. In this article, you’ll briefly learn about clergy apparel, who wears it, how it represents religious rankings, and how it’s worn.

What Is Clergy Apparel?

Clergy apparel refers to clothing worn by the members of a clergy or ministry. Also called clerical clothing, it’s the clergy’s daily uniform as required by their religious institution. However, most people confuse it with vestments, which are considered liturgical clothing, and you’ll learn more about their differences later.

Since your clergy wear is meant for everyday use, it’s vital to own pieces that are comfortable, particularly if you’re located in an area that experiences high temperatures and humidity. They should also fit you well and be made of strong materials so they’ll last you a long time.

Where To Find Clergy Apparel? 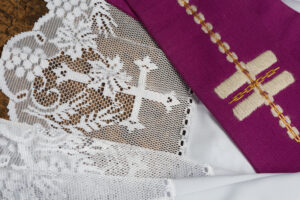 Although you might be thinking of getting clergy robes, shirts, or dresses directly from your institution, you can acquire those from retail businesses specializing in designing and producing clergy apparel.

Aside from buying ready-made clergy apparel, you can have your clerical wear customized for a better fit, which most clergy members opt for. Then, you can complete your attire by looking for clergy accessories such as clergy collars, cinctures, and collar buttons.

When shopping for individual pieces of your clergy attire, keep in mind that accessories are just as important as the clothes themselves. For instance, wearing a collar emphasizes your religious calling and identity inside the community, and it’ll become a part of your daily wear both inside and outside your church.

On formal, non-liturgical occasions, priests wear a black robe called a cassock paired with a ferraiolone, which is a lightweight, ankle-length cape meant to be worn indoors. During less formal occasions, one can opt for a shorter cape known as a ferraiolo. The fabric type and color of their cape dictate the wearer’s rank in the church.

Moreover, this attire is usually worn on events that call for a black or white tie, including state dinners, banquets, acceptance of personal honors, and the like.

The traditional, more formal attire has become less common today as many clergymen prefer wearing contemporary clerical clothing. The cassock and ferraiolone have been replaced by a clerical vest complimented with a tuxedo or black suit, a collarless French cuff shirt, and a Roman collar called a gilet.

Meanwhile, during a mass, wedding, or funeral, you’ll notice that priests wear different types and colors of vestments. Those are classified as liturgical clothing since they’re used in the context of religious ceremonies and occasions.

To have a better idea of what priests wear on special occasions, take a look at the information below.

Essentially, vestments are worn by priests during Christian worship. Wearing the proper vestment is essential for priests before facing the members of their church, particularly those belonging to the younger generation whom they want to bring closer to God. Here are some common vestment pieces:

Depending on the time of the year and corresponding event, vestments vary in color. Colors are important because they carry symbolisms for every special occasion.

Religious groups wear what they wear to offer respect, support, and love to their communities and their beliefs. Regardless of the differences in clothing used by the clergy or ministry from various denominations, it’s crucial to maintain a high level of decency and properly carry out one’s solemn duties. Now that you know the basics of clergy apparel, you can fully prepare for your journey toward serving the Lord as well as the members of your church.