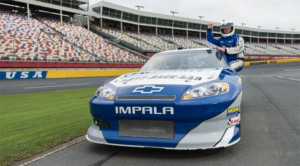 As the 2020 NASCAR season heads into the climatic 10 race playoff, the sixteen qualified drivers will be gunning for glory. But fourteen of them will need a spectacular set of circumstances to overcome the two drivers who have utterly dominated the season to date. Kevin Harvick and Denny Hamlin have been at it tooth and nail this year, with 13 wins shared between them – Harvick with 7 and Hamlin with 6. But, while it looks as though one of these two will win the playoff, NASCAR always throws up surprises, and some inside the sport has some predictions for possible dark horses among the chasing pack.

Let’s take a closer look at the potential winners and losers for this year’s NASCAR playoff.

Widely regarded as an all-time great, with 56 wins in his Cup series career, and over 300 top ten finishes. At 44 he is a veteran stock car racer, having competed in the sport since the late 1990s, and in the Cup series since 2001, winning the championship in 2014.

This season he has amassed seven race wins including back to back victories in the Michigan doubleheader. His year began consistently enough, with a 5th place in the Daytona 500, and a top ten presence in the other races before the pandemic postponed the season. Upon resumption, though he has looked in a class – almost – of his own, and is tipped by many to win the playoff, including Dale Earnhardt Jr.

A three-time winner of the Daytona 500, including this year’s event, Denny Hamlin looks to be the only real contender to take the fight to Harvick in the playoff. A further flurry of dominant victories at Darlington, Homestead, Pocono, and Kansas put him, along with Harvick, in a virtually unassailable position.

Not to mention that the two leaders are in the two best cars we’ve seen this season – it would take a series of blunders, mechanical failures, or an act of God to derail them both. Hamlin may just be the outsider going into the playoff, but he has proven himself to be a strong and consistent driver, with speed to spare.

While the season has been dominated thus far by Hamlin and Harvick, there is plenty of talent in the rest of the 16 strong fields. For fans who like a flutter, betting on drivers head to head may add some extra excitement to proceedings given the dominance of the leaders.

The Championship is still up for grabs, and it is impossible to write off Kyle Busch, despite his lack of wins this season. The defending champion has had a lousy run of things, with the best showing of fourth place at Texas, despite being run onto the grass, damaging the car.

Ryan Blaney has a great record at Phoenix, the site of the Championship race, and Earnhardt Jr has tipped him as a dark horse with the potential to cause an upset.

Martin Truex Jr is another name on the lips of pundits – a popular fan favorite with 27 career Cup series wins under his belt.

Son of Martin Sr and brother of fellow racer Ryan, he comes from a good racing pedigree and has had a solid season to date.

In terms of those who are vulnerable to elimination from the round of 16, pundits have earmarked Aric Almirola, Austin Dillon, Kurt Busch, and William Byron, despite Byron taking a win during the season – he has talent but is inexperienced when it comes to the sharp end of the year.

The NASCAR playoff is bound to be exciting, despite the result being down to the two strongest drivers of the year. Stay tuned, because in this wild racing series anything can happen.