Early this morning at 7:01 am, a 2.4 magnitude earthquake rattled homes about 100 miles west of Charlotte, near Robbinsville, NC. 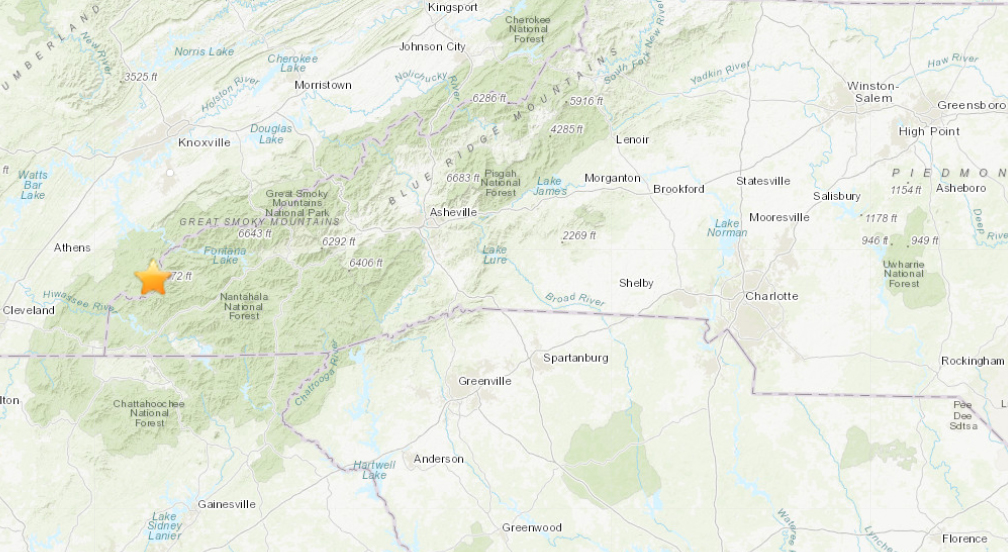