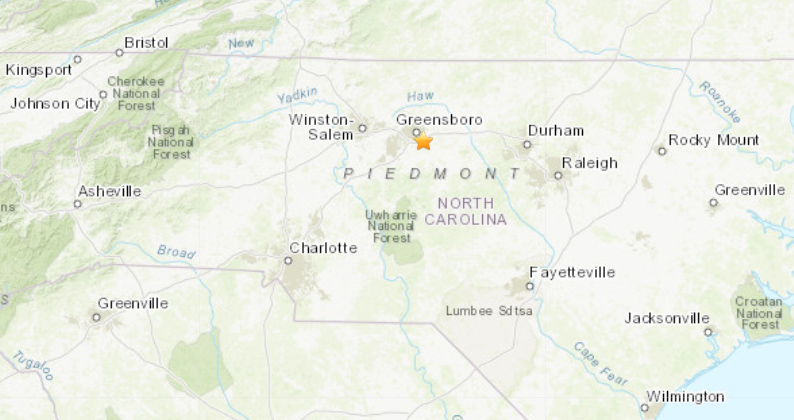 Early yesterday morning at around 1:29 am, a 2.3 magnitude earthquake rattled homes about 70 miles north of Charlotte, just south of Greensboro.

Many residents of nearby Pleasant Garden and Climax, North Carolina reported feeling their homes shake and hearing a loud ‘boom’.