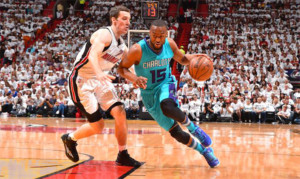 Have you ever placed a big bet, think you’re winning, and the referee overturned a call, and you lost? If your answer is yes, that’s a first-hand experience of how tech could influence sports gambling.

The replay center may be a bettors’ biggest enemy, consisting of monitors and other technological devices for reviewing games. There’s more to sports and tech that you should know. Keep reading to get helpful information about these two industries and how they merge.

The Prominence of Technology in Sports

In the ’50s, athletes wore fits offering a perfect balance of comfort and performance. Today, many professional uniforms help measure stats like respiratory activity, posture, speed, and heart rate. Some brands even produce clothes for wiping sweat off the athlete.

Another notable significance of tech meeting the sports industry is photo finishing. In recent times, photo finishing captures a minimum of 3,000 pictures every second, which provides a good measure of accuracy. Since tech’s progression into sports, many bettors experience challenges in terms of precision in wagers and predictions.

Automation plays a vital role in the sports industry. According to Forbes, there are five sectors of the sports industry that technological advancement or automation influences. These areas include venue design, business operations, media and content, fan engagement, and athlete performance.

Two significant examples of tech innovations that influence sports and sports betting include:

Tech has a fair share of benefits in sports, but its downsides in sports betting are annoying to bettors. After placing a wager and it’s going in your favor, you should expect nothing but a payout from your bookie. With tech, that doesn’t always work your way.

Here are three major last-second calls by refs that used tech to change a call and overturn a betting outcome:

Before the final whistle, the Chargers worked three wide receivers on the left with just a few seconds left. Parham got the ball at a third-string tight end towards the right.

The refs ruled a touchdown, but the replay proved the ball was coming too loose as he hit the ground. The Raiders’ Johnson was also over him. After the replay, officials overturned the call, causing a loss to bettors.

What Happens Next in Sports Betting?

Tech may be here to stay, and its effects in both the sports gambling industry will remain significant. The good news is that you can learn to engage in the best wagering practices to guarantee more wins over losses. Examples include hedging your bets and utilizing expert tips and predictions.