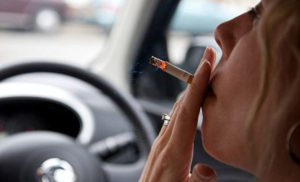 While it may be difficult to imagine a sportsperson smoking, more and more college athletes have this habit. To ease the effects of nicotine, the industry turned to a safer alternative – vaping. Luckily, this became extremely popular, especially for those participating in team sports.

Yet, even today, after years of the existence of vaping, athletes are still advised to avoid it. However, there is an agreement between experts that vaping is the safest smoking option. For this reason, the industry shifted again, improving to the point that we have vapes today with no traces of nicotine.

So, can college athletes use these vaping devices, or should they steer clear? Is vaping with nicotine-infused liquids as dangerous as smoking? Let’s see the answers below!

Smoking and Vaping Are Not the Same

Some individuals don’t distinguish between smoking and vaping. But, it’s a fact that e-cigarettes or vaping devices differ from conventional cigarettes. The primary reason that vaping has surpassed cigarette smoking in popularity is that it is less dangerous.

However, that is not the only reason. Vaping also doesn’t produce the same scent as smoking does. Many people dislike the pungent smell that traditional cigarettes generate, which is why they decide to stop smoking and start using vape pens.

How Does Nicotine in Vapes Impact the Body?

Tobacco has an addictive component – nicotine. Many vaping devices have this ingredient in their e-liquids because it helps quell the annoying urge to smoke while also avoiding the majority of the drawbacks of traditional cigarette smoking.

The amount of nicotine absorbed into the bloodstream differs significantly between smoking and vaping because traditional cigars have compounds added to them that make nicotine more bioavailable.

Nicotine itself narrows blood arteries, raising heart rate and blood pressure while acting as a vasoconstrictor. This also occurs when taking part in any physical activity.

Vaping naturally reduces the nicotine level compared to smoking, lessening the dramatic effect as less of it enters the bloodstream.

Many experts believe that vaping is up to 95% less dangerous than conventional smoking, even though it may contain nicotine. Additionally, there are some implications that vaping can positively impact sports performance. Here are a few advantages of vaping for athletes.

It goes without saying that any athlete who wishes to vape should exercise prudence. Vaping, however, can help athletes by enhancing their aerobic capabilities. In essence, vaping is thought to improve an athlete’s capacity to run farther, increasing their durability.

Smoking traditional cigarettes are not advised for college athletes. That’s because the habit may result in a lack of endurance, which may affect their performance.

However, vaping has proven to affect oppositely. Simply put, an athlete’s stamina can be increased by using a dry herb vaporizer pen correctly.

Nicotine is considered a stimulant. As a result, a college athlete who vapes will likely feel more energized as their heart rate gradually picks up.

Vaping nicotine-infused liquids in small doses give the neurological system the boost needed to improve energy levels. As a result, college athletes who vape can get a power increase that could benefit their competitions.

Some athletes experience anxiety before competitions. This is where a small dosage of nicotine can help them. This substance can activate the pleasure centers in the brain, so the college athlete can forget their worries and carry on with the game.

Athletes need to maintain a healthy posture which is why they adhere to rigid fitness and food regimens. In these cases, nicotine may aid in losing weight. The good thing is that unlike smoking cigars, when college athletes frequently develop shortness of breath during lengthy workouts and vigorous exertion, vaping doesn’t have this side effect.

So what is the answer?

Vaping is regarded as a bad habit among parents and coaches. It is often the case that there is a zero-tolerance policy on vaping, which creates problems for many college athletes. Part of the confusion created is that not many are aware that the athlete’s negative performance is due to vape devices not being used properly.

Health is a priority, but everyone should educate themselves on the positive and negative sides before turning all the alarms on vaping. Unlike classic cigarettes, users can control the nicotine intake on vaping devices and, in turn, avoid addiction and reduce nicotine dependence.

Simply put, vaping is a safer alternative – even pens infused with nicotine – but only if used properly.