“I’m so happy the US Open Fat Bike Beach Championship is a go this year,” said Philicia Marion, two-time elite and defending female champion from Pilot Mountain, NC. “I am grateful to be able to get back to what I love doing and seeing all my bicycle friends that I have missed seeing during the pandemic.”

Following a two-year hiatus, the US Open Fat Bike Beach Championship is a firm go and rolls into Wrightsville Beach, March 18-20. The biggest race of its type on the East Coast, all the action will be oceanfront at Blockade Runner Beach Resort.

“The race is definitely one of the hardest I’ve ever done aerobically,” said Robert Marion, two-time elite and defending male champion from Mount Airy, NC. “The top half of the loop is really soft and hard to grind, but on the bottom half, you’ve got a little reprieve, just a little bit of relief. There’s no coasting; it’s pedaling all the time. Prepare to suffer the entirety of the race.”

“I’m excited the event is back and to see everybody I haven’t seen for a couple of years,” said Robert Marion. “It would be nice to pick up a third [championship title]. But, if not, whoever prevails will completely, completely deserve it. Many people have been training, and I’ve been sitting on the couch. So, we’ll see how it goes.” 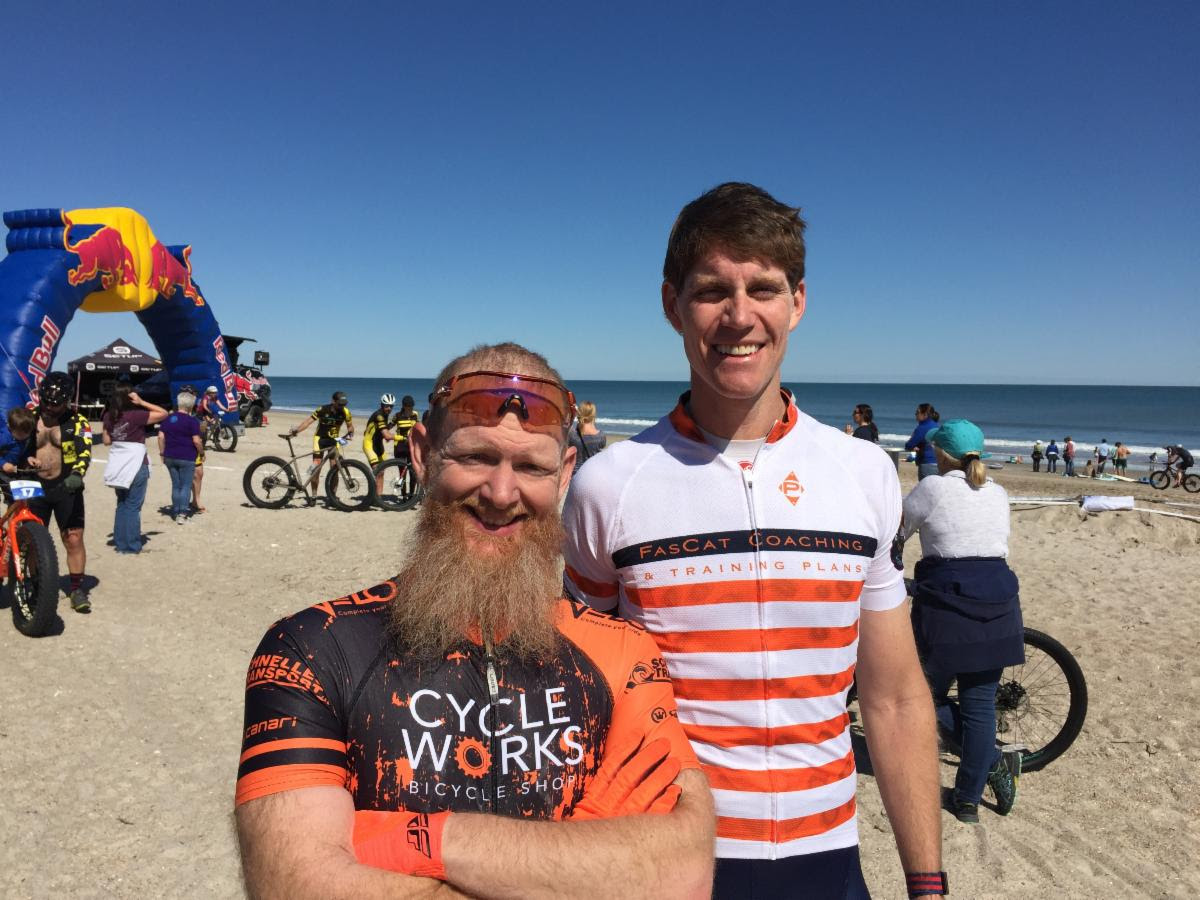 John Overton of Wilmington, 2018 elite male champion, has signed up for the 2022 race and is expected to be one of the top contenders.

“The US Open Fat Bike Beach Championship is about having fun and competing on a unique course,” said Ellegood. “The race is held one hundred percent in the sand, and each year the course and beach obstacles change, creating unpredictable levels of difficulty.”

Past Elite Champions include:

“The race begins Saturday, March 19, at 1:00 PM. We invite spectators to come out and watch the action,” added Ellegood. “We’re fortunate to have this unique opportunity to hold a race on the beach, and Blockade Runner offers a perfect atmosphere and location for the athletes and spectators.”

The start and finish lines, event activities, and the awards ceremony for the 6th US Open Fat Bike Beach Championship are at the host hotel, Blockade Runner Beach Resort. Proceeds benefit Cape Fear SORBA, a non-profit organization dedicated to building and maintaining trails for outdoor access. Presenting sponsors are Alpha Mortgage and Bike Cycles of Wilmington.