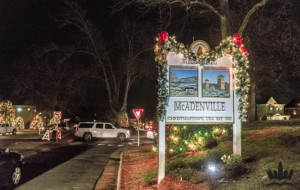 Now that we’ve officially entered into the holiday season, the team over at Pro Movers just released their annual list of the top 150 Christmassy destinations in America.
Here is North Carolina, the following 3 spots were ranked among the best in the nation for anyone wanting to soak up the season:
1. Christmas Town USA in McAdenville

2. Christmas at The Biltmore

3. Chinese Lantern Festival in Cary
In South Carolina, the site also ranked 3 locations, including:
Check out the full list of the top 150 Christmassy destinations here.
Do you agree with the top Carolina spots?
What Christmassy place would you add?