If you’ve played a video game in recent years, you’ll know that they’ve changed beyond all recognition since the early days of gaming in the 1980s. Games in the 21st Century are more popular than they’ve ever been before, with millions of people becoming loyal fans of gaming franchises. More than just a source of entertainment, certain games are being recognised for the health and well-being benefits they bring, and some are even being used in sectors like education.

The gaming industry today spans different spectrums of gaming experiences and we’ve got advanced technology to thank for that. From the digital innovations that have made playing slot machines at home possible, to the connectivity tech that links us up with gamers from the opposite ends of the earth in a Battle Royale rumble, without these key advancements gaming simply wouldn’t be the mainstream industry that it is today.

The impact of Artificial Intelligence on the development of gaming experiences simply cannot be underestimated. The technology itself has come on leaps and bounds since the early 2000s and now everything from your smartphone to your car incorporates AI in some form or another. In gaming, however, AI has been upping the ante for years.

Incredibly, some of the earliest video games actually incorporated basic forms of AI, but in recent years the biggest advancements have been made in the way that AI tech interacts with human players. Look at top gaming titles like Alien: Isolation with its AI Xenomorph and the Civilization franchise to see just how far AI in gaming has come since the days of Pong.

Most gamers take connectivity in gaming for granted in 2021. But online gaming is a relatively recent innovation in the history of the industry and, without this functionality, none of today’s gaming experiences would be quite what they are. Multiplayer games would still need to be played with all gamers on a single computer or console, verticals like iGaming, MMORPG (Massively Multiplayer Online Role-Playing Games) and Battle Royale wouldn’t exist, and it would not be possible to play sandbox games or enjoy open-world adventures in games like The Witcher 3 and Red Dead Redemption 2.

Online gaming is a staple segment of the industry, with 24/7 connectivity and the ability to compete against other gamers no matter where in the world they are located being a minimum requirement in modern gaming experiences. New developments like cloud gaming are also pushing the limits of what virtual technologies can achieve, so we can expect to see online gaming remain just as relevant as it is today in the years and decades to come.

An industry like gaming is always going to look better over time as advanced technologies take hold and audio/visuals are improved. However, modern video games generate immersive environments that prove exactly what’s possible with tech like 3D gaming and Augmented Reality.

Graphics in today’s games make any game pre-dating the Year 2K look, frankly, primitive. They blur the boundaries between fantasy and reality, with remarkably lifelike character generation and highly-detailed environments par for the course in even the most basic of games. AR, meanwhile, actually does combine the digital world with real-life, making experiences even more immersive and visually-engaging. 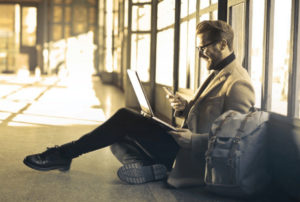 With portable gaming devices like the Sony PSP and Nintendo’s Gameboy and mobile phones being fully mainstream by the turn of the 21st century, it was only a matter of time before the two were combined to create mobile gaming on the go. Early models of phones had their own inbuilt games – Snake, we’re looking at you – but within the space of a decade, advancements in both smartphone technology and gaming innovations blew them out of the water.

As well as the technological advancements displayed by mobile gaming today, the genre itself has also changed the ways in which people play video games. The creation of mobile gaming apps levelled out the playing field, giving indie developers the possibility of reaching the same massive audiences that, previously, established gaming companies held the monopoly on. Similarly, gaming became so much more affordable with different gaming demographics: instead of having to invest thousands of dollars into brand new gaming PCs, people could suddenly purchase a powerful smartphone at a fraction of the price and enjoy equally engaging gaming experiences.

So You Want to Sell Your Bitcoins…Here’s How

Why is the popularity of ethereum inclining in the market?