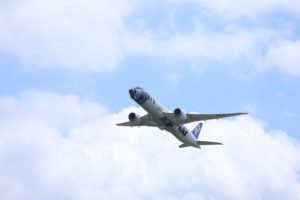 Titanium is abundant in the United States and other parts of the world, and the industry that was built around it is expected to grow by 2025. With titanium reserves exceeding 600 million tons, based on data from the United States Geological Survey, and the fact that it is important to the North Carolina aerospace industry, it is not surprising that titanium is experiencing better growth than it has over the past few years. It is set to grow more, according to experts, as the metal does not crack, it is corrosion resistant, and it can withstand high temperatures – making it the perfect choice for building aircraft. This is important information for Charlotte and North Carolina in general, especially now that the area is considered to be one of the most attractive places for aerospace manufacturing.
Fuel Efficient Aircrafts
A titanium bar can come in several grades, and each one is used for different parts of an aircraft. Interestingly, the metal was never used for airplanes before, but most commercial planes now have frames made out of titanium. The AirBus A380 and the Boeing B787 have a lot of titanium in them, and these two aircrafts won’t be the last ones that will be built with the metal. With aircraft fuel getting more expensive, fuel-efficient aircraft are needed, experts note, and titanium can help. Its weight-to-strength ratio is impeccable, and since it is lighter, airplanes made from it use less fuel. The biggest contributors to the titanium industry, however, are not commercial planes, but the military. Military assets made from titanium include the F-22, the F-35, the UH-60 Black Hawk, and the F/A-18. The U.S. military uses more titanium than any other sector, and it is projected that they will use more of the product in the years to come.
Aircraft Engines And Propellers
It is not just the frame that benefits from Titanium though, as the metal is also incorporated in propellers and engines. The world’s aircraft engine makers started using titanium in recent years due to its strength and its significantly lower weight compared to other metals. The metal offers manufacturers the performance that they want in their engines, and titanium delivers in terms of temperature performance, too. It can withstand heat as high as 600 degrees Celsius, and is also resistant to extreme cold.
Titanium’s performance in the aerospace industry sets the tone for its future. And the future is looking bright.

The Definitive Guide To Cryptocurrencies: How Many Are There in 2022?