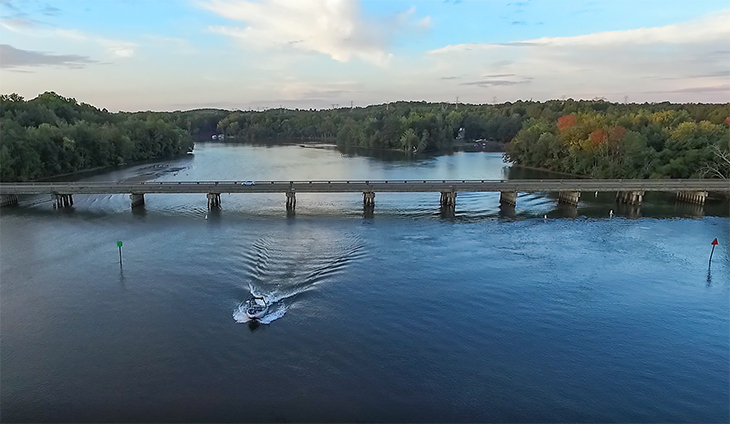 The Wilkinson Blvd’s World War One Memorial contrete bridge over the Catawba River, first built in 1926, is finally about to be replaced after almost 100 years in operation.

“In some surprisingly good news from Raleigh, the NCDOT has fully funded a replacement bridge on Wilkinson Boulevard over the Catawba River. The NCGA created a “high cost, high impact” fund that will be used to build two 3-lane bridges on Wilkinson. The project is scheduled to begin in 2022, although NCDOT is working to expedite it,” according to a statement from Belmont City Councilman Richard Turner. “This had been a candidate project for the (GCLMPO) Gaston Cleveland Lincoln Metropolitan Planning Organization for some time and one I have advocated for during my service on the MPO.”

When asked about the construction of the highly anticipated new bridge that would extend West Blvd. into Gaston County, Turner commented, “The Catawba Crossings bridge had to be removed from the candidate project list as the D.O.T asked for a feasibility study to be done the day of our MPO meeting. The addition of the feasibility study stalled the progression of this project. It is still on the long-range plan and could be reconsidered as soon as 2021.”

When Wilkinson Blvd first opened in 1926, it became the first four-lane paved highway in North Carolina’s history. It was so impressive at the time that it was given the nickname “The South’s finest highway.”

Wilkinson Blvd. served as Charlotte’s western “front door” until the 1960s, when I-85 was built.