The North Carolina Parks and Rec division just posted a warning about a mysterious ‘zombie snake’ that is known to ‘play dead’ before striking.

In a now viral Facebook post, officials with the department posted several pictures of the Eastern Hognose Snake with the caption;

“Instead of watching clouds to see if we can keep weekend weather on track, let’s play a game! Who is this “famous” NC snake? A Cobra? A zombie snake? It’s a harmless one…”

The post was shared hundreds of times and received a wide range of comments about the bizarre creature.

According to Amphibians and Reptiles of North Carolina, Eastern Hognose Snakes “are highly variable in color, but are usually brown or gray with dark brown blotches. Some individuals have extensive reddish or orange suffused into the general pattern; some, however, are patternless, appearing solid gray or black.”

“When threatened, hognose snakes hiss loudly and spread their necks like cobras do, resulting in the nicknames “puff adder” or “spreading adder.” They rarely bite during these displays, but they may strike repeatedly,” noted the organization, adding that, “if the antagonist continues, the hognose snake will feign death by opening its mouth, rolling over on its back, and writhing around. If turned over onto its belly, it will immediately roll again onto its back.”

The Charlotte region has a total of 37 snake species, most of which are harmless, but at least a dozen species can cause serious harm and potentially even death; 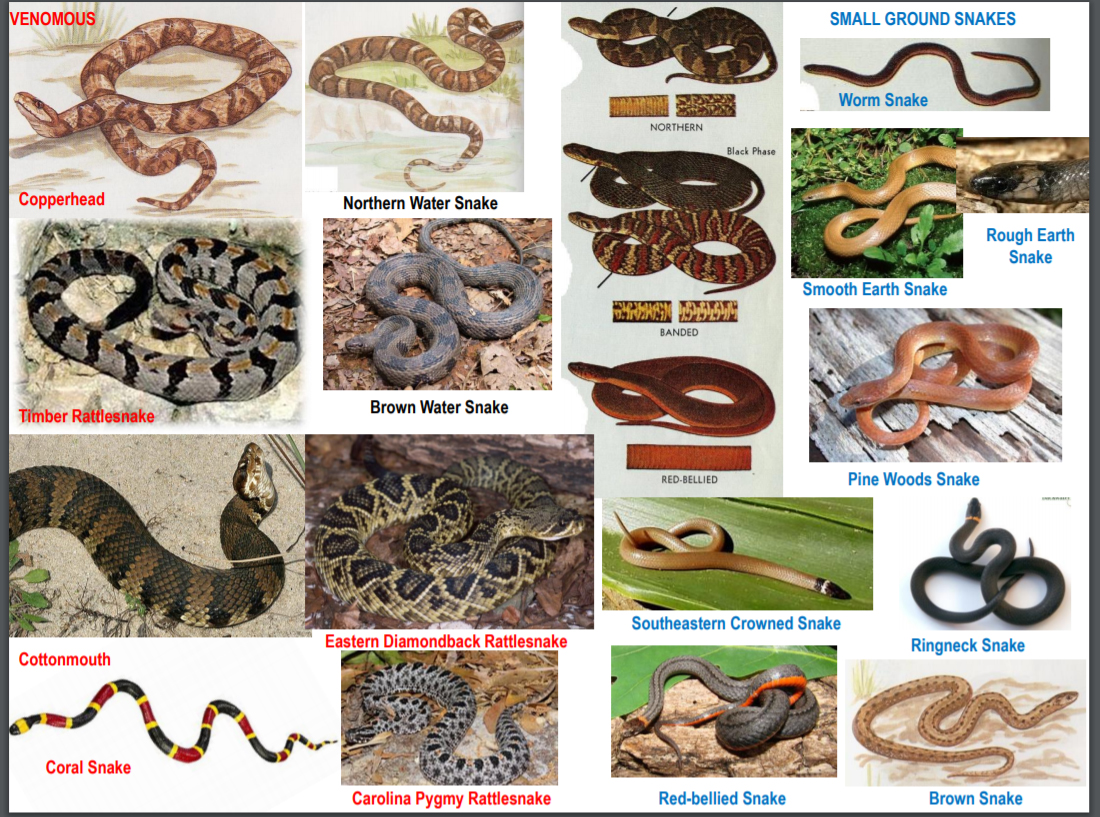 If you do a lot of walking or hiking around the Charlotte region, you should carry a snake bite kit and/or venom extractor in your backpack or car.

If bitten by a snake, you SHOULD:

If bitten by a snake, you SHOULD NOT:

If a snakebite victim is having chest pain, difficulty breathing, face swelling, or has lost consciousness, call 911 immediately.