Waste from industrial animal operations, when it enters a river, can reduce the dissolved oxygen and increases acidity, making it difficult for fish to live and shellfish to form healthy shells. This segment of the Cape Fear is a primary nursery area and provides critical habitat for endangered Atlantic sturgeon.

Under industry pressure, the state reclassified the Lower Cape Fear as “swamp waters” in 2015, over the objections of environmental groups, academic experts, and the U.S. Fish and Wildlife Service. EPA rejected North Carolina’s classification in July 2018, in part because the state failed to include data about the river’s velocity. The Lower Cape Fear is a fast-moving river, but under state law, swamp waters are defined largely by “very low velocities.”

EPA also found that the state failed to consider, as required by federal law, whether water quality in the river could be improved to support uses including healthy fisheries.

In the 2015 reclassification, the state also failed to subject the watershed’s industrial animal operations to meaningful scrutiny, relying on a model that assumed the operations have no impact on water quality, despite extensive evidence to the contrary.

“The state has a legal obligation to curb upstream pollution,” said Will Hendrick, senior attorney for Waterkeeper Alliance and manager of its North Carolina Pure Farms Pure Waters campaign. “Today’s decision sets the table for this essential work to begin.”

“The state now gets another chance to create a management plan that fully protects the Cape Fear River,” said Brooks Rainey Pearson, attorney at the Southern Environmental Law Center.

Following the groups’ petition for the classification change in January, they presented to the Environmental Management Commission’s Water Quality Committee on May 8. 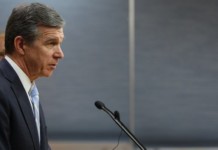