Mariah Kay Woods first went missing since Sunday night after her mother put her to bed.

On Monday, a state-wide Amber Alert was issued.

Yesterday morning, with no new clues, the FBI called for the public’s help in finding Mariah – over 700 people showed up to search the area on foot;

NEW: So many people SHOWED UP to help look for Mariah Woods at Dawson Community Church in Onslow County, that authorities had to start turning people away. They’re asking that no more volunteers arrive for today’s search. #WRAL pic.twitter.com/MHvQw6g636

Now, one of the worst fears of the Woods family has unfortunately come true. 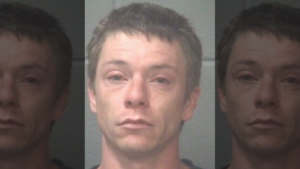 The Onslow County Sheriff’s Office and the FBI have just announced this morning that 32-year-old Earl Kimrey was arrested in connection with Mariah’s disappearance. Kimrey was the live-in boyfriend of Kristy Woods, Mariah Woods’ mother.

Kimrey was taken before a state magistrate and charged with:

He is now being held in the Onslow County Detention Center under a $1,010,000 bond. DA Ernie Lee said that additional charges could be pending as the investigation progresses.

Now that authorities believe the girl is dead and her presumed abductor is custody, their focus will shift to the recovery of her body, according to the FBI’s press release.