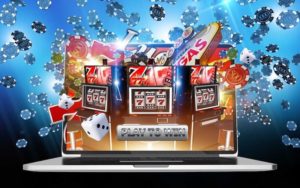 The gaming industry is highly dynamic. A lot has happened in the last decade, and much more will come in the next ten years. Think about mobile gaming, for example. Today, it has become so popular, probably more famous than anyone could have imagined.

Besides that, several innovations have taken the industry by storm, transforming it into today’s billion-dollar sector. Key players are continually enhancing players’ experience, helping the industry grow to what it is today. Hereunder, we look at what to expect in the next ten years.

Virtual reality is already in use in the gaming sector, and as you can guess, it is a big thing. VR-based games continue to tantalize players with the exciting aspects of an immersive gaming experience that it delivers.

But, while the industry has seen some progress, this technology is yet to realize its full potential and deliver the promise of an entirely immersive adventure. Software developers in the sector are working to change that.

Many have already invested huge amounts of resources and human personnel in designing virtual reality hardware and games. With time VR will transform the industry. Particularly, modern-day gamers are looking for multiplayer and immersive online games.

This means that if the sector can offer this, it will increase customers, precisely what it needs to become a thriving industry. There are encouraging developments for the industry on the horizon in the coming years.

Streaming technology is already here with us. The future is even more promising, and in the next years, the technology will be mainstream. As the internet develops, it will become easier for players to buy the games they want and immediately play them via live streaming.

Gamers will continue to download and play games from casino websites for some time, though, before the streaming technology achieves its full potential. After this, streaming will become the leading method of game distribution.

Notably, this will make gaming more engaging and thrilling than it is today. This is something that players are craving for today, the reason a majority warm up to the release of multiplayer games. Streaming will no doubt make gaming a big thing in the coming years.

In 2016, the release of the popular game, Pokémon Go caused a stir among gamers. Thousands swarmed into plazas to experience this release; a game inspired by the mind-blowing augmented reality. The game has since managed generate over 3 billion dollars.

Pokémon Go’s success is enough evidence that if AR were to be employed more in the iGaming, it would become more prominent. Fortunately, the idea about AR is not new since severe other games are based on this technology.

Nonetheless, developers are still working on ways to make it better and also develop more games. One downside of this is the enormous finances needed to create fully-functional casinos and video games.

Since the industry itself generates billion and considering a single AR game can fetch billions, we can be hopeful of such games in a couple of years. AR generally overlays people’s view of their natural world, explaining why games based on this technology become blockbusters.

Artificial Intelligence hasn’t yet reached the stage of being able to develop high-quality gaming products from scratch. However, it provides invaluable feedback to software developers. The providers then use this information to perfect their creations.

Today, this is becoming quite common, and as technology advances, it will get better. In the next few years, the way AI provides feedback about games will improve, thus enabling developers to tweak games based on what gamers will most likely love.

The development will help the gaming industry become bigger by providing gamers with what will satisfy their gaming needs. With this, the number of players entering and remaining in the sector will increase.

Think about Spotify creating a custom playlist that reflects the music you love. Well, this is what AI seeks to deliver; that idea of creating a compelling adventure that will most likely keep you going back for more.

Mobile gaming remains one of the innovative developments in the iGaming industry. Today, most online casinos are mobile-optimized, making it possible for players to access the websites from their devices.

Moreover, although you may be enjoying gaming on your mobile, sometimes, your internet connection may fail you. You have likely experienced the spinning wheel that indicates games are loading but at a relatively slow rate.

Usually, this is due to slow internet speed. This is meant to change soon as leading telecommunications firms have already started rolling the much-awaited 5G internet for phones. Soon, you will experience faster speeds, making laggy gaming something of the past.

Besides, 5G will have low latency, creating excellent network connections that will allow more gamers to load and play games on their mobile at super-fast speeds. In turn, this will enable the sector to become bigger since mobile gaming appeals to a vast audience.

Gaming is taking a communal approach

Gaming is arguably the future of entertainment. And, the future of the industry is community. For example, look at Fortnite or our earlier example Pokémon Go, the most significant game excitements in the past five years.

The two games made millions of Americans visit public arenas to play the game alongside other games. Going by how the two games became hits, it’s almost evident that communal gaming can make the industry bigger in the next decade.

With AR and VR’s help, the sector will manage to unlock more, especially when it comes to social interactions. The ability to experience various objects in your real-world using your hands or walk through games with your legs instead of a joystick will spellbind players.

Developing communal games will satisfy people’s craving to connect with others. Of course, like any industry, when customers’ needs are met, growth is inevitable. The same will apply to gaming, where responding to player’s needs will help the industry grow.