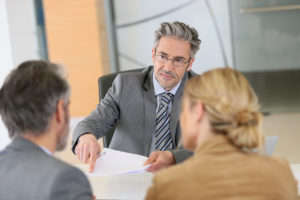 You don’t just need a lawyer on your side when a case goes to trial; in fact, it’s better to hire an experienced attorney as soon as possible. This includes during the initial phases of a criminal investigation, whether or not you have even been arrested at the time.

Let’s look at why this is wise, and what benefits a lawyer can bring to the table if they are fighting your corner immediately.

Whether you’ve never been subject to a criminal investigation before, or this is something you’ve gone through in the past, it’s always possible to make mistakes when dealing with law enforcement.

Rather than going in unprepared, if you have consulted a lawyer as a priority, you’ll be given the guidance you need to steer clear of the pitfalls that plenty of suspects fall into in this situation.

You should look for a respected criminal lawyer in Raleigh or your local area, because they will know state laws inside out, and also have a relationship with the authorities. So finding lawyers in Middlesex County NJ, for example, is better than choosing an expert from further afield.

Talking you through your options

Working with a lawyer prior to an arrest being made will let you plot out the potential scenarios you might face, based on the information you provide about the circumstances you find yourself in.

This can be informative, reassuring and also give you the means to prepare for what might come in the event that you are charged with a crime further down the line. Being able to account for this sooner rather than later is handy if you need to make other arrangements for if the worst happens.

Carrying out investigations on your behalf

Another way that a lawyer can get you ahead of the game when a criminal investigation is being carried out by the police, but you’ve not yet been arrested formally, is by conducting their own research and procuring pieces of evidence that they deem important as a means of building a defense.

Part of this process can also involve interviewing witnesses and finding the right people to provide their support to you if the case is taken any further.

This type of preemptive intervention can be instrumental in either dissuading the police from arresting you in the first place, or ensuring that there is no need for a trial to be implemented.

The other aspect of this is that your lawyer’s investigations will be able to reveal evidence that doesn’t do much to support your case, or may be actively harmful to your chances of beating the charges. The sooner that such evidence is on their radar, the better equipped they will be to dispute and discredit it should it be leveraged by the prosecution.

Engaging with the authorities

Hiring a lawyer will let you create a buffer between you and the police who are carrying out the investigations into the incident in question. Your legal representative will be the middleman in communications, which takes the stress out of proceedings from your point of view.

Likewise a lawyer will be able to nip false accusations and other types of incorrect evidence which may be guiding police investigations in the bud.

Being interrogated by the police is intimidating, and is the point at which lots of suspects drop the ball. This is the last and most important reason to hire a lawyer ASAP, as having them with you for all police interviews will make sure you use your legal rights, and prevent you from falling for the tactics that cops can use to winkle unhelpful statements out of you.