Last night Charlotte experienced one of the most severe thunderstorms of the year as storm clouds blew in unprecedented amounts of lightning, knocked down trees, and dumped several inches of rain in less than an hour.

So much rain was dropped in around Center City that Little Sugar Creek rose from a depth of just over a foot to over 10 feet just before midnight.

According to Charlotte’s Flood Information and Notification System, some areas of Charlotte saw over 2.7 inches of rainfall last night in less than an hour, with the hardest-hit areas being just north of Center City; The lightning was epic and consistent, with the majority of strikes hitting between SouthEnd and Uptown.

Experienced the most insane electrical storm in my life last night. Most of the strikes happened over the @panthers stadium so whatever y’all are doing keep it up!

The rushing rainwater loosened the ground enough in several places for the storm’s winds to knock down at least a dozen trees around the Charlotte region.

Tree down a couple of blocks from me.

As of 11am this morning, there are still several hundred power outages around Charlotte, according to Duke Energy’s power outage map; 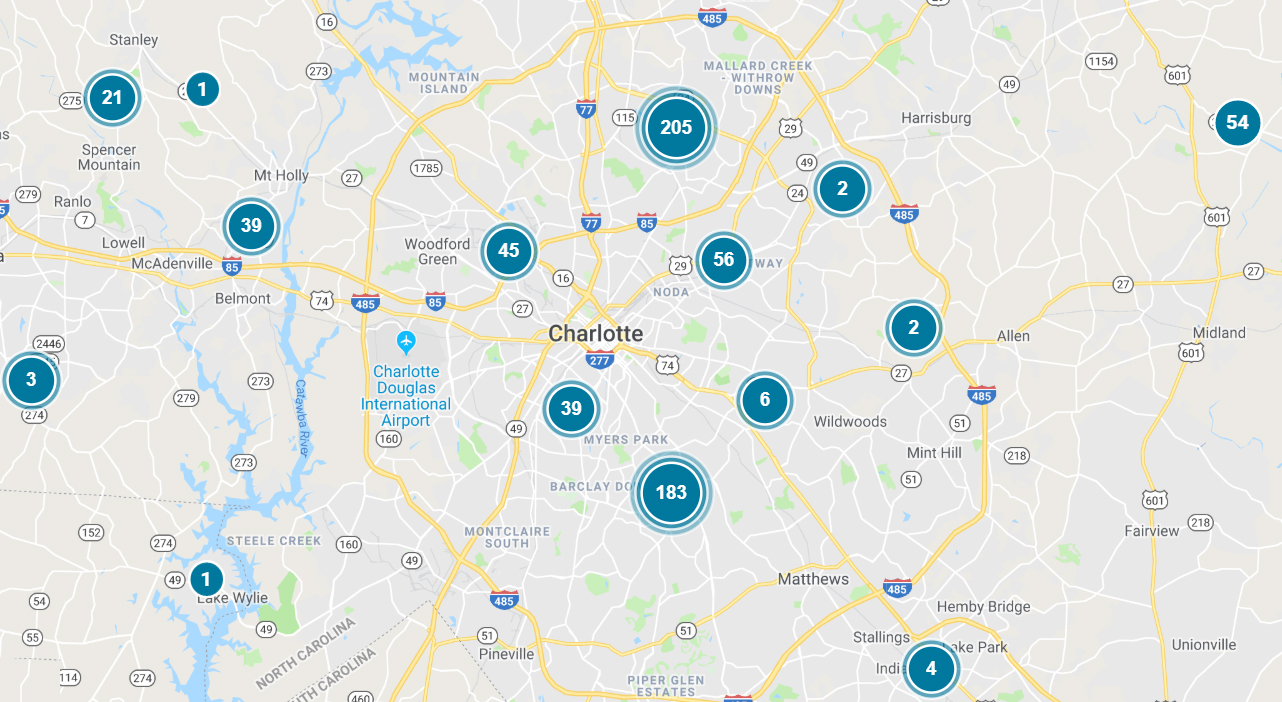 Did you watch last night’s storm?

Did you experience any flooding, downed trees, power outages?