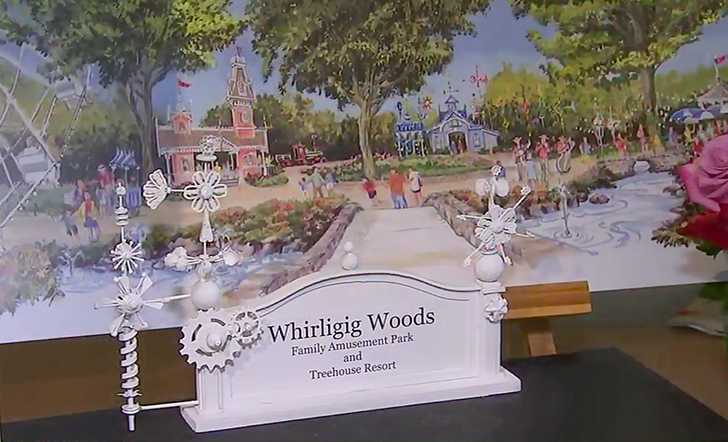 The new park will be located on a 21-acre piece of land on the Haw River in the little town of Saxapahaw, NC;

The man behind the new park is former Disney Imagineer Bob Baranick, who has spent his entire career building fantasy mountains, themed water slides, winding railroads, and dozens of other rides in California’s Disneyland, Disney World’s Epcot, and Universal Studios.

Here is a recent interview he did with WTVD;

The new “VIP experience” theme park will cost about $25 for adults and less for children’s admission.

Baranick and his team now plan on breaking ground in about 6 months.

Are you excited about Whirligig Woods?