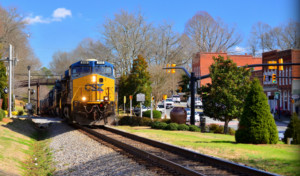 Charlotte is now one of the fastest growing cities in the country, and that it includes its suburbs. Many of the once small towns that encircle Charlotte are even seeing higher growth numbers than the city itself.

The #1 fastest growing suburb…by a long shot…is Waxhaw. The population of the small town to the South East of Charlotte grew by a staggering 37 percent over the past 5 years – making it the fastest-growing suburb in the Charlotte metro area, according to U.S. Census Bureau figures. During that time, Waxhaw added over 3,600 residents, bringing the total headcount to nearly 13,500.

Tega Cay and Fort Mill also saw impressively high growth at over 20% as more and more people continue to move just over the border to save on taxes and gas.

Using census data figures, these are the fastest growing suburbs around the Charlotte region: