The epicenter of the quake was located about 30 miles south-east of Charlotte; 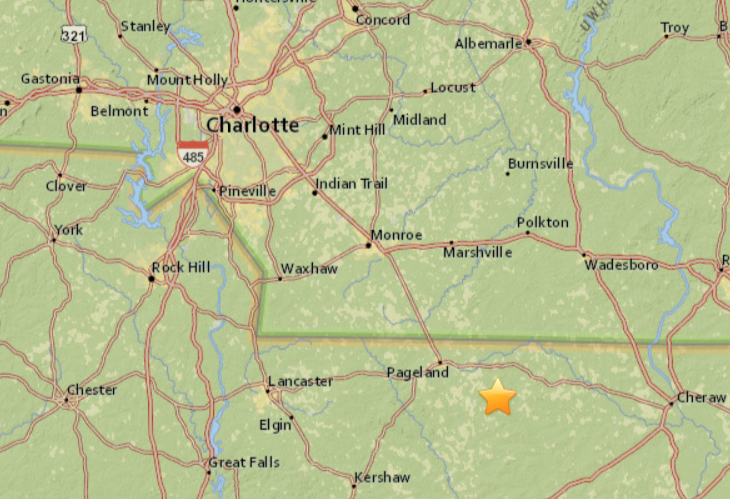 The U.S. Geological Survey also noted the epicenter of the quake was at a depth of 4.3 kilometers.

With a significant fault line running right through the Carolinas, minor earthquakes happen around the Charlotte region on a semi-regular basis – the last one to strike was this past February. The last major earthquake to strike was back in 1886, which left at least 60 people dead.