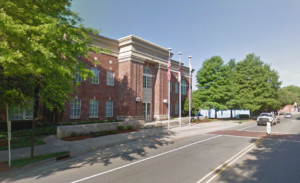 Yesterday afternoon, 29-year-old John Patrick Rees walked into the Cornelius Police Station and stated that he had the materials to make a bomb inside his car.

Cornelius PD immediately detained Rees, began to close off and evacuate the area, and called in the FBI and CMPD bomb squad.

They also set up several detours to divert traffic away from any anticipated blast-zone;

Due to situation near @CorneliusPD & @TownofCornelius Town Hall, traffic is being diverted in area. Watch for detours or seek alt routes.

Update(3) Catawba Ave has reopened and @CorneliusPD will be updating the media by 4pm.

According to Cornelius PD’s press release, “CMPD’s bomb squad deployed the bomb robot and there were some suspicious items and powders located in the subject’s vehicle that if combined could have become potentially explosive. CMPD took possession of those items and will destroy them at an undetermined time.”

Rees is now being interviewed by local and federal officials to determine if he will face any charges.