“Crowds on Demand” claims to be “Your home for protests, rallies, audiences, PR stunts, and celebrity events” according to their website.

10 Days ago they posted an ad in the tv/film/video/radio job section of Charlotte’s Craigslist asking for, “enthusiastic actors and photographers in the Charlotte, NC area to participate in…everything from rallies to protests to corporate PR stunts to celebrity scenes.” There’s been such an uproar that Snopes.com decided to investigate. They contacted the organization and asked them specifically if they were involved with the Charlottesville protests. ‘Crowds on Demand’ CEO Adam Swart replied in a written statement:

“We were not involved in any capacity with the recent tragic events in Charlottesville, Virginia. Our thoughts and prayers are with the families of those impacted by the violence.”

Snopes then decided to call the organization to find out more. During their conversation, Swart told them that while Crowds on Demand is not a politically partisan company, and provides its services to any political party, they “don’t work with hate groups.” When asked if the company would provide actors for protests against hate groups, Swart did not give a direct answer — but did say they do not put actors into situations that might prove dangerous for them. 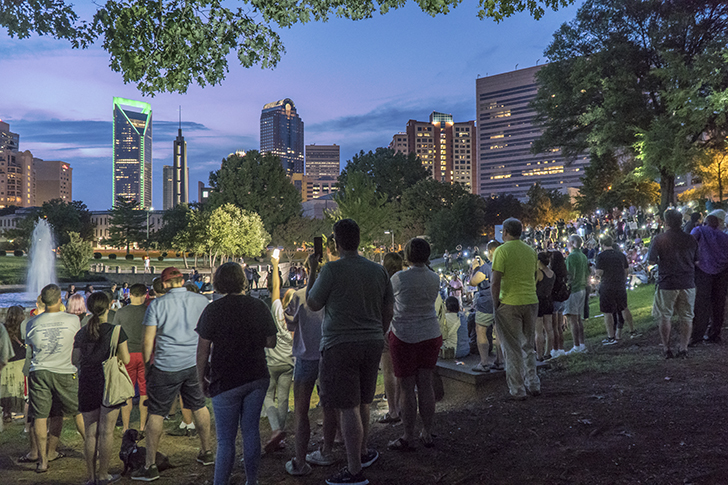 Sunday night’s ‘Vigil for Charlottesville’ in Uptown Charlotte was organized by a local organization called Indivisible Charlotte, and since the group sent out their first invite just 24 hours before the meeting itself, it seems highly unlikely that ‘Crowds on Demand’ could have organized something in such a short amount of time.

‘Crowds on Demand’ has not released any additional information about what, if any, events they have been involved with or who is funding their organization.