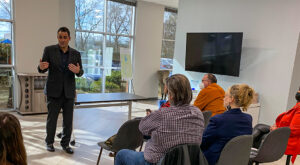 While we may be experiencing record high inflation rates, housing prices, and rental costs, economic indicators seem to point to a brighter future than what many are fearing (albeit, with some turbulence along the way).

The following is an abridged version of the presentation (you can watch the full report on YouTube here):

“The housing market is an integral part of the economy, but, there are many variables that make up the health of the economy. We need to dissect and understand all of them to see how they will impact the housing sector.

Some economic variables to look at: Interest rates are rising; both mortgage and the yield curve, home prices have been rising at 10-20 percent annual clips, inflation is rising; etc; this all cam sound scary.  Inflation is currently 8 – 10%, depending on what measurement you use (CPI or PPI), but it has been under 2% for the last ten years. This is the highest rate of inflation in the US since the 70’s. A “healthy” rate of inflation is around 2- 2.5%. In a vacuum, it is good to see prices go up, as it’s a test of the health of an economy. Indeed, a rise in inflation is necessary for a market correction. But, it cannot remain at 8% for very long as “inflation removes affordability.” 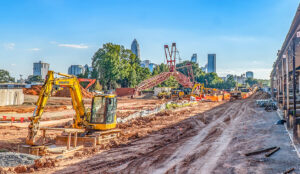 Interest rates are rising. Rising interest rates are actually the sign of a very strong economy. And, they are still at lower levels than many times in our history, with the lowest being 2.65 percent in December, 2020, but, they are rising. People start to panic, as they go up, and they have risen .8 percentage points, which is roughly 30 percent since 2020. In the historic big picture though, this is still low, but not a low. As the economy starts to open up, while interest rates, bond yield rates and inflation all rise, we will eventually see more homes come on the market.

Charlotte is not going to crash, but it will have some turbulence. Why?

2) Land a viability has kept pricing reasonable, particularly compared to other cities

3) People will continue to relocate to Charlotte, partially with the movement toward remote work scenarios. Nevertheless, people moving from more expensive areas still have to find someone to buy their home before they can buy here.  So, what’s happening in other markets is important to understand as it  does impact charlotte. And, even if rising inflation, interest rates, etc. does not directly stymy growth in Charlotte, it could impact those that might move here, reducing the buyer pool.

Not likely, for the following reasons:

1) In 2008, we saw a lot of speculation and flipping of homes, and many people bought homes they could not afford and should not have qualified for.  Today, there are many more owner occupant’s and buyers are well qualified and have adequate down payments due to increased regulations around lending.

3) Stock market is higher than ever today, and it was not then.

With that being said, the market has been growing for well over a decade straight, and a correction or rebalancing has been necessary for years.  However, Covid delayed this correction for two years. Covid is NOT the reason that we are seeing this current economic readjustment, but, it delayed what we are seeing until now.

As COVID dissipates, inventory will increase, along with pent-up demand, but some of the demand goes away as supply ramps up; stunting some of the growth. The economy will start to get back to a new normal, inflation will eventually moderate. The stock market will also begin to “normalize,” which will impact housing. Currently, people put their money in the market because it is doing well, but when that starts to shift, they move to other sources including money markets, as savings rates increase, as well as paying down debt.”

What do you think the future of Charlotte’s economy and housing market looks like?